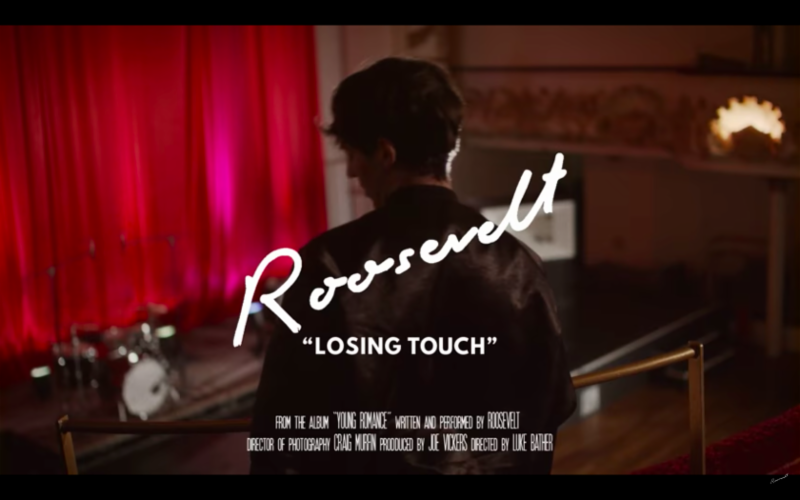 Roosevelt has dropped a new music video for “Losing Touch.” The track is off his current release Young Romance, available now via City Slang/Greco-Roman. The clip ,which features various clones of Lauber as a literal “one man band.” Roosevelt AKA: Marius Lauber, plays his next show on December 3rd in New York City.

Director Luke Bather on the video:

“I wanted the video to echo the song’s ideas of being on tour & away from your friends and family – only really having yourself for company. It can be a fun, rich, colorful and theatrical experience, but a lot of strange anxieties show up along the way. It was great to collaborate with Marius, Marius, Marius and Marius on this one – they’re all really very talented.”

Roosevelt expresses escapism and wistfulness in equal measure, documenting his own artistic transitions and personal experiences along the way. “I ended up processing a lot of emotions that I felt during my youth,” he says. “Faded relationships that haunted me for years, being on the road for what seemed like forever, and the constant search of a place to call home.” Lauber locked himself up with a pile of vintage synthesizers in his newly built studio in his hometown, where he wrote the record, and later traveled to Los Angeles, where he completed it. Once again working with Chris Coady (Beach House, Grizzly Bear, Future Islands), who mixed the record at the legendary Sunset Sound studios, Young Romance propels Roosevelt into unchartered territory.