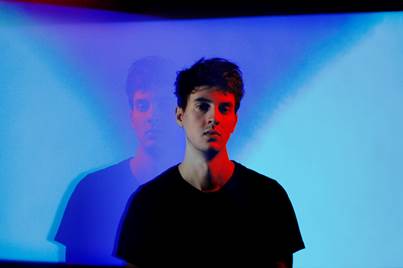 On August 19th Marius Lauber AKA Roosevelt releases his self-titled debut album via Greco-Roman and City Slang Records. Following the  soundscapes of opening teaser ‘Colours,’ his cooly life-affirming new single “Fever” demonstrates his effortless ability to construct and blend slo-mo percussive grooves and gently undulating disco. “Fever” is a sun-kissed summer anthem, drenched in youthful charm and befitting of a beach club session on some far away Balearic island. His signature hazy sound is still present and correct – but this time it’s honed, crafted and less loop based. ‘Roosevelt’ showcases Lauber as a fully developed recording artist, with an instinctive synthesis of different soundscapes.

Influences span continents and decades – from a pinch of French electro pop,  a smattering of LA yacht rock, the hypnotic repetition of German pioneers like Ash Ra Tempel/Manuel Göttsching, and Neu!, to classic floor-friendly 80s pop from Chic, Talk Talk, and New Order.   Nu school figureheads like Floating Points, Todd Terje and Metro Area are also partially audible – all weaved into his own unique sonic tapestry.

Roosevelt’s growth was catalyzed by an early DJ residency at Kompakt’s Total Confusion party alongside Superpitcher & Michael Mayer, with the label also releasing an early remix of his for COMA. These experiences helped Lauber realize how dance music connects to its audience in a different way to what he’d experienced from earlier days spent performing in bands. “What I really enjoyed about DJing was that you could see the results immediately – there was feedback and interaction from the crowd”, he explains.

Following this nightclubbing baptism, his career as an electronic artist gathered momentum. With praise from a selection of tastemaker media, mixes for Boiler Room, Electronic Beats and i-D, support tours with Hot Chip and Totally Enormous Extinct Dinosaurs and a litany of high-profile festival slots around the world, Lauber steadily built up a dedicated following.