After a month-long residency at Los Angeles’ Sayers Club, the North London natives have been on a national tour through SXSW with Gary Numan and Big Black Delta, and performed in Austin with Blondie. Liela’s spiritual, earthy and sometimes tongue-in-cheek lyrics and vocal style have gained comparison to Bjork, Zola Jesus, and early Nine Inch Nails. She’s been cited as Philip Lim‘s ‘muse,’ and inspired Alexander McQueen‘s 2009 fashion line for Target. She attended this year’s New York Fashion Week, reporting from the front row at several shows. After this run of dates in the US, the band will return overseas at the end of the month to perform in the UK.

1.This Stone Is Starting To Bleed

3. Nest In Your Room

6. Thirsty As A Truck 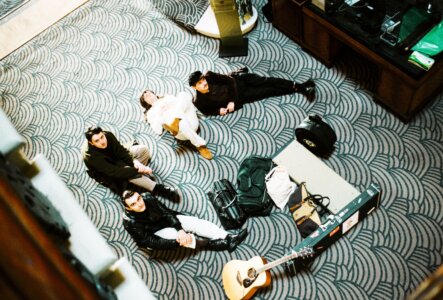