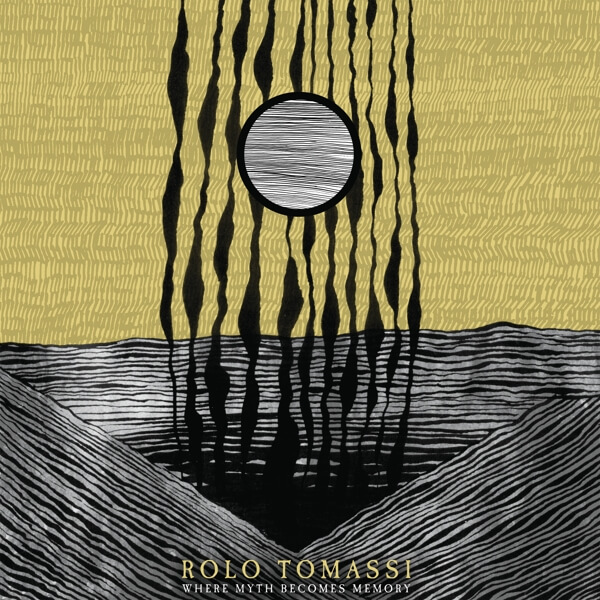 Rolo Tomassi has always weaved in and out of genres, though never as confidently as with their sixth studio album ‘Where Myth Becomes Memory’. The album is relentlessly fascinating and full of a myriad of surprises.

The album’s first single ‘Drip’ starts out with ominous, brooding bass like the warning of a foghorn. Led on by the feigning optimistic crack of a steadily marching snare is soon destructed into tonal oblivion as the quintet fully kicks in. Soothing listeners ears with melodic sympathy and polyrhythms nearly halfway in — ‘Drip’ provides adventurous tyranny that explores new ground for the quintet.

Elements of progressive grindcore, alternative rock and even resonating fragments of dream pop give Rolo Tomassi the edge they deserve to explore in all directions. ‘Almost Always’ opens the quintet’s sixth full length studio album with blissful fuzz driven post-metal vibes remeniscent of Mono and Pelican with the undertones of a Trent Reznor/Atticus Ross soundtrack. Eva Spence delivers one of their most dynamic vocal performances to date.

Tight driven grooves and eery supporting synths give way for the quintet to leave space rather incessantly fill it with noise. Hooks and grooves pocket themselves so fragrantly as in ‘Cloaked’, ever supporting Spence’s silken vocals. Half-time synth bass-driven grooves like in ‘Mutual Ruin’feel as firmly grounded and artistically relevant as Gojira’s “The Way of All Flesh”.

Slick and confident, the quintet has fine tuned their strengths and affirmed their stake as a genre-bending force in music. ‘Where Myth Becomes Memory’ is dense and yet plays with space and scarcity simultaneously.

At times the album is hard hitting, jagged and driven — as chaotically metal as desired, and yet only for a moment. Often leaning into their experimental, avant garde side, always blissfully melodic and yet nightmarishly heavy. There is never a time when the album feels unnatural. The quintet is always pushing forward and perpetually casting their artistic spells on the world of progressive metal, hardcore and alternative genres.

‘Where Myth Becomes Memory’ marks the end of what was seemingly an unintentional trilogy for the quintet, beginning with 2015’s ‘Grievances’, and 2018’s ‘Time Will Die and Love Will Bury It’. However, it is clearly nowhere near the end of the quintet’s traversing progression. The band continues to tower over their peers as they weave in and out of genres, constantly playing to their strengths while remaining vulnerable in their convictions to infinitely explore both sonically and melodically.

Hailing from Brighton, UK the band sets out November 12th, 2022 for a string of European and UK shows in support of ‘Where Myth Becomes Memory’. The album was released February 4th, 2022 on MNRK records.