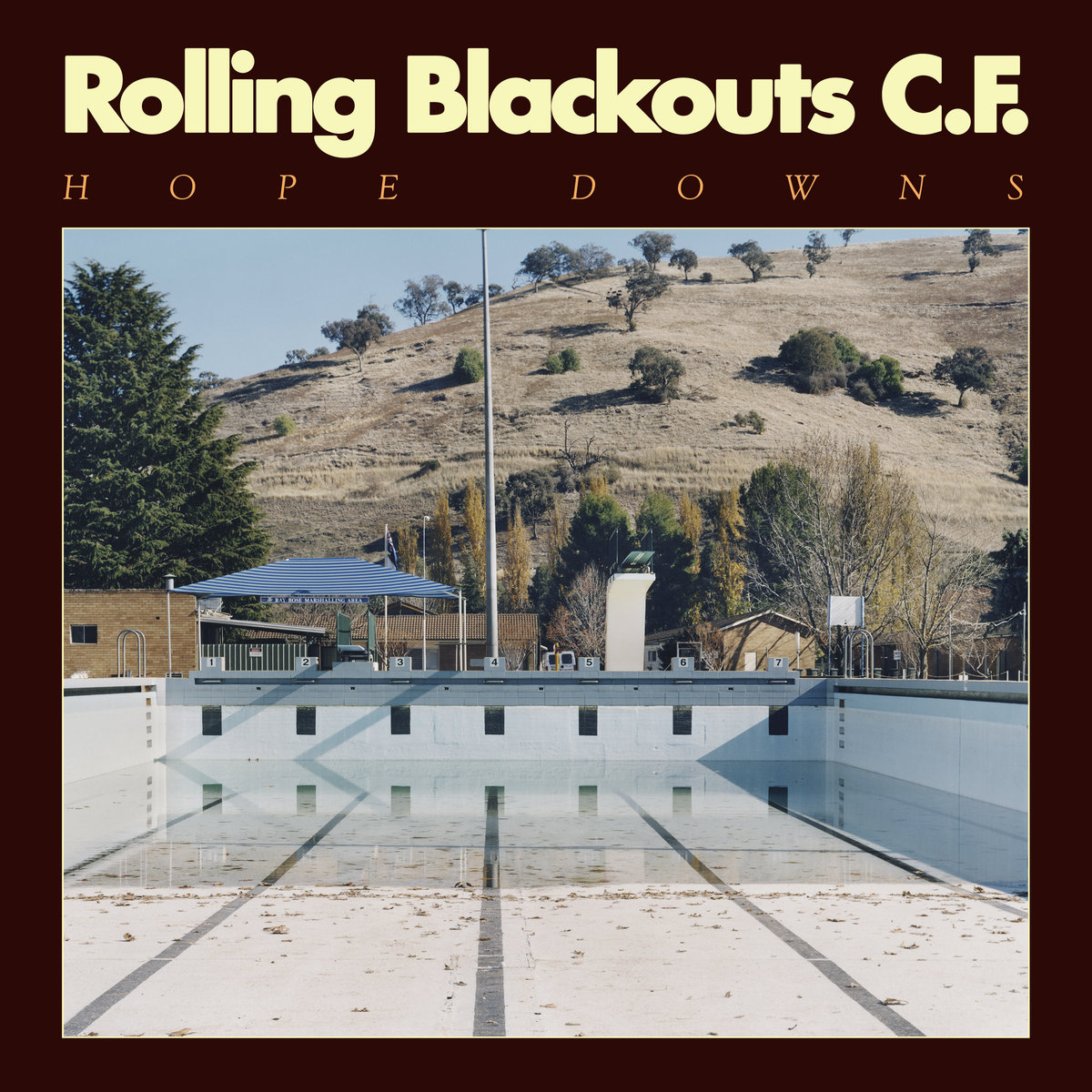 Hope Downs, the debut album by Rolling Blackouts Coastal Fever, opens with runaway energy the moment you hit play. They’re frequently lumped in with a crop of Australian guitar bands like Royal Headache and Eddy Current Suppression Ring, but more accurate comparisons come to my mind: Rolling Blackouts’ earworm melodies and intricate, interlocking guitars recall the technical, tonal pleasures of the Feelies. And like fellow Australians the Go-Betweens, Rolling Blackouts are vivid storytellers.

Rolling Blackouts’ songs are folky at their cores; it’s easy to imagine solo acoustic versions of the album’s 10 songs by peeling away their rollicking rock ‘n’ roll dressings. “Exclusive Grave” in particular fits the Go-Betweens comparison, but the Go-Betweens’ guitars were never as sharp as the ones on this song.

Hope Downs is supercharged, but its rhythms are so sturdy, the band never sound like they’re going to fly off the rails. And not only have Rolling Blackouts tightened up, they’ve polished up: Not that they were very rough to begin with, but they aren’t as rugged as Royal Headache or as cutting or electrifying as Eddy Current Suppression Ring. Rolling Blackouts have a clear direction as they speed towards invisible goalposts.

Speed is one of the album’s drawbacks though. The first half of Hope Downs is especially stuck in one gear. The slower songs unfortunately come a bit late, starting with fifth song “Sister’s Jeans”. They also temper their pace on “Cappuccino City” and “How Long?”, but Hope Downs would have benefited from more tempo variation within individual songs too, especially when many of those songs are four to five minutes long.

The new songs are musically exuberant, but lyrically, they take dark turns. On Rolling Blackouts’ previous EP, last year’s The French Press, they already moved beyond the carefree spirit of their past work. Now, on Hope Downs, the band’s melancholy persists. Rolling Blackouts describe sullen domestic scenes from sullen little towns. “Talking Straight” describes a man waiting by the window for his lover to pull up in their driveway as it rains outside. She’s uncommunicative, like she’s hiding something or avoiding him. “I’m hopeless, no embrace. I want to know where the silence comes from, where space originates,” the narrator sings.

With Hope Downs, Rolling Blackouts Coastal Fever prove that although they’re among the best and most exciting music to come out of Australia today, they can’t be lumped in with their compatriots, whether those groups are defunct like the Go-Betweens or contemporary.