Róisín Murphy releases video for “Whatever” 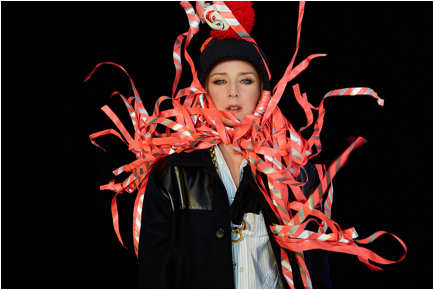 On “Whatever”, amidst a warped carousel of voices, Murphy whispers her cracked confessional, “the provocation of desire’s often mundane,” she coos. “Never complain, never explain, my love.” It’s a sobering hallucinogen. The same paradox that seems to define everything Murphy touches; this is her reality spun into an intoxicating web of hyper-real self-awareness. The video, directed by Murphy herself, further explores and blurs the lines of reality and technology.

Five intensive weeks working alongside long term musical collaborator Eddie Stevens resulted in enough material for two albums. Hairless Toys served to ease her audience into this new phase of Murphy’s career, before hitting them full force with Take Her Up To Monto.

“Less reference, a more aggressively modern aesthetic,’ asserts Murphy “ It’s about the London that I live in, it’s a lot about architecture, it’s about building and the future coming, its about here! It’s a bit fizzier and more present tense, irreverent, with guerilla filming, montage and crazy shit. I hope it’s a realism that makes you feel good about being alive.”

Murphy has never been an artist to stand still, and every record she’s ever made has been a creative year zero in some sense – but even by these standards, this is a record overflowing with possibility. “Here I am,” it says, simple as you like, yet complicated enough to spend lifetimes decoding: “Here I am.”