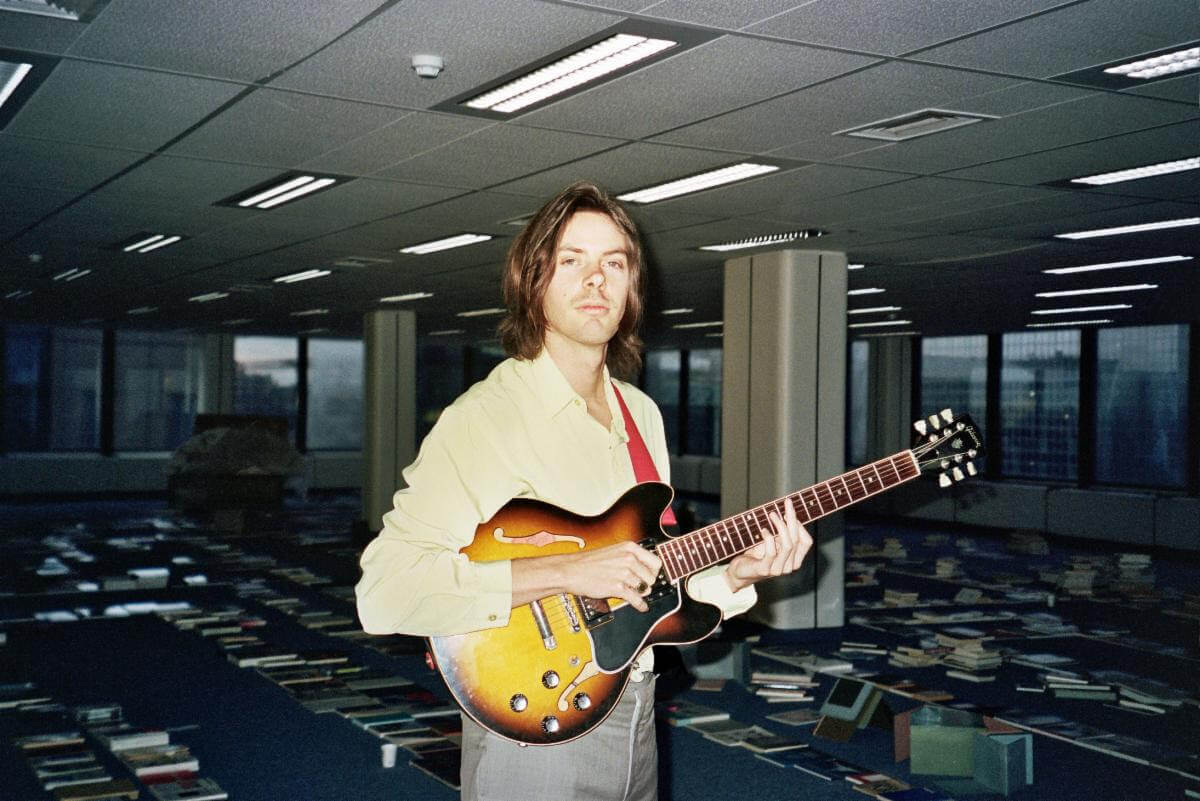 Lucien Fraipont, AKA: Robbing Millions has announced his new album, Holidays Inside, will come out via MGMT Records/[PIAS]. The album is a result of Fraipont’s volume of music from constant writing and recording, enlisted producer Shags Chamberlain (Weyes Blood, Ash Ra Tempel) to help arrange his material for the release. Robbing Millions has shared the album’s first single, “Camera,” which is now available to stream everywhere.

“Camera is the last minute track I wrote for the new record.The mood I was in at the time was probably inspired by the hardware store I used to pass by everyday near my house, the lame veranda commercials every Belgian kid has seen too many times on TV, the struggle and obsession of lots of people around me trying to buy a place of their own and the talks about the renovations that goes with it. It’s also about the urge we feel to document every single event in our lives by filming it nowadays.”

“Camera also means «room» in latin, which resonates nicely with the home recording and mixing methods used during making of the record, at my place in Brussels and at Shags Chamberlain’s, Los Angeles based producer, mixer, pho hunter, plants carer, walking music encyclopaedia.”

Holidays Inside is the first outside release for MGMT’s Andrew VanWyngarden and Ben Goldwasser’s label, which has previously released only the duo’s own material. “Lucien has achieved that rare balance of experimentation, technical proficiency, and extreme catchiness that makes for a truly exciting and surprising pop music listening experience,” VanWyngarden states while explaining why Holidays Inside made for such a great fit for the new imprint. “There’s lots of unexpected melodies, but not in a contrived way. Those qualities made Robbing Millions seem like an obvious fit for an MGMT Records release.”