“Rip It” by Eric Copeland 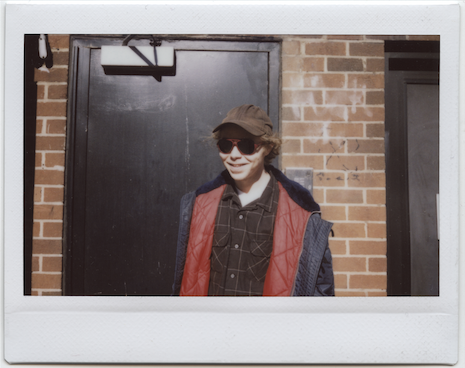 Eric Copeland has been sound clashing at full volume for over twenty years. Eric first carved a named for himself as one third of the legendary NY-via-Providence band Black Dice. He is also a wildly prolific solo artists. He has played a variety of shit houses and party palaces and seemingly everywhere in between, all over the world.

A long time Brooklyn, resident, Eric participated in more than 1 generation’s musical celebration and helped change the borough’s musical climate into something almost resembling fun.  While maintaining a relatively humble and low key presence in a highly competitive musical world, he has managed to release a few albums and singles per year on indie labels such as L.I.E.S., Escho (Iceage), PPM (No Age), Paw Tracks (Animal Collective) and DFA.

He has recently relocated to where the L Train does not run – to Palma de Mallorca, Spain.

Black Bubblegum is the newest LP from Eric Copeland, and we are not kidding when we emphasize it sounds like nothing he has done in the past. The title of the record says it all. Chewy sticky pop that doesn’t taste quite like all the other chewy sticky pop.

So, with this new album, think less of the “psychedelic junkyard dub” sound of his past solo albums and more of a fantasy scenario if Arthur Russell ever produced the Ramones.

Wanting to take a more “hands-on” approach to these recordings rather than only machines and samplers, Copeland found himself some guitars, keyboards and the like, creating a new sound that is abnormally more easy to digest while still creating a discord of mental vibrations.

There are similarities with his earlier work in the drum patterns, major scales and vocals, but as a whole, it is “pop” music without the “ular”.

For a long time, Copeland kept these songs as recordings that would never be heard, and certain decisions made during the creation of the sound of Black Bubblegum reflect that privacy.