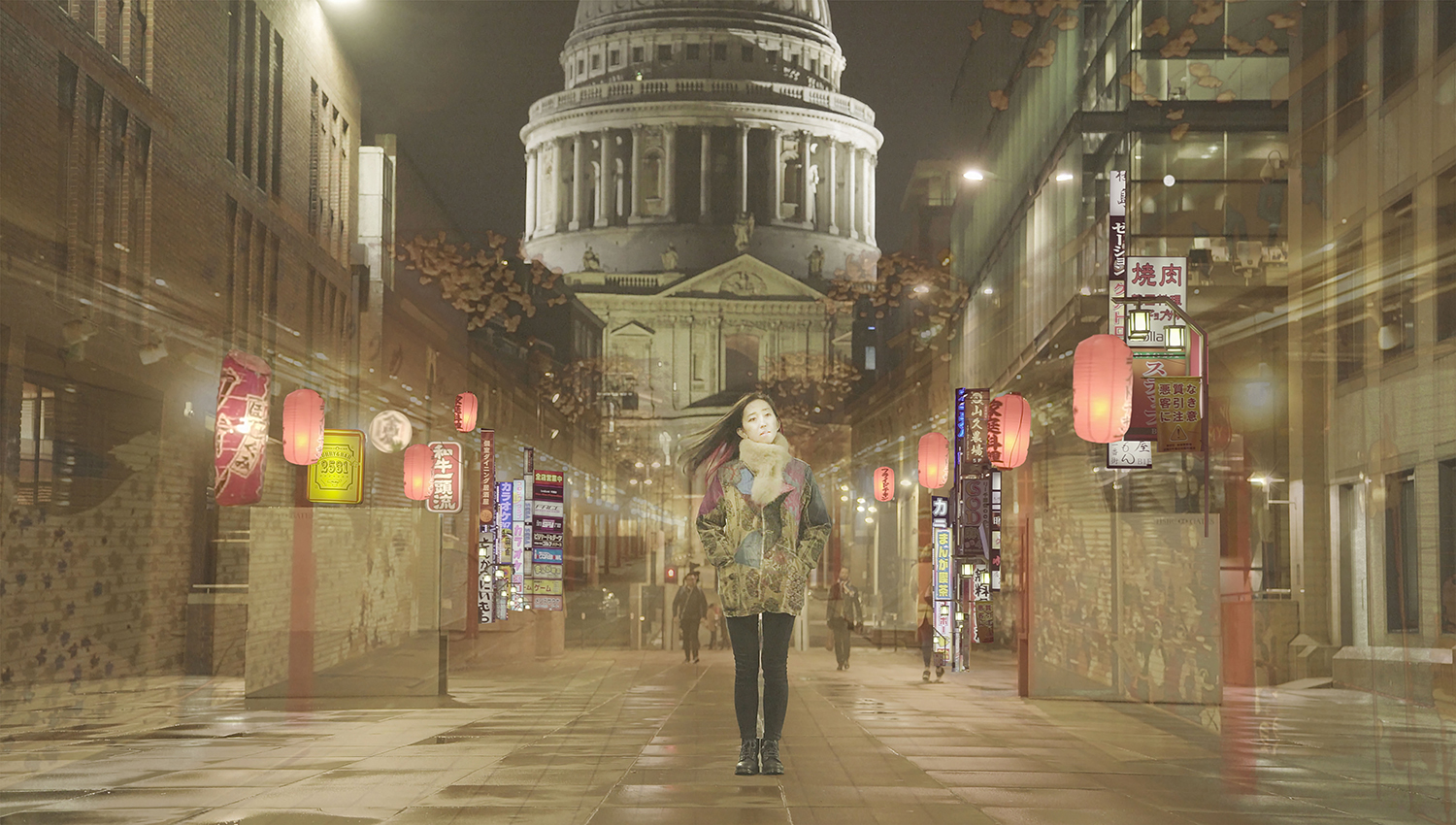 Rié (pronounced ree-ay) Funakoshi – known simply as Rié – is a Japanese London-art school graduate, who recently released her debut EP Business Trips. Today, she is streaming the EP, as well as, sharing the video for the second single “Calling”.

The Business Trips EP adds to a rich back-catalogue of music for Rié. Having studied Fine Art at London’s Central St Martins, she began to immerse herself in music shortly after graduating, which along with painting, became her defining characteristic. Following a deluge of songwriting the young woman who sports striking pink-streaked hair earned a deal with Sony Japan at the age of 19 under the recording name Rie Fu, earning herself widespread recognition with the release of her debut album at home. Subsequent albums followed, along with a stint performing on a series of Asian tours before Rié returned to the UK and settled down to record the Business Trips EP. Dedicating half of the EP to Tokyo and half to London, tracks one and three are produced by the London-based electronic three-piece, Theme Park and two and four by the Japanese producer, Hikaru Ishizaki.

Business Trips, the lead track from the EP is a lavish treat of synths and electronic beats, piano and koto – a Japanese instrument that actually plays across three of the four tracks. Speaking about the track, Rié says: “I saw a gecko when my husband was away on a business trip,” she recalls. “It made me think this creature was looking after me while he was away. I was inspired by how Kate Bush wrote a song about washing machines [Mrs Bartolozzi, from 2005’s Aerial], so mine is about every cubicle in the office, business trips, being just like working in a studio writing music, going on tour. It’s meant to shine a subtle light on unheard voices going through those daily routines.”

“Calling” was a song written shortly after Rié relocated back to the UK, this time based in a small home counties town. The track documents the bizarreness of being Japanese whilst living in such an isolated place, examining themes of opposites and identity. “Opposites’ was the first key word, I started thinking about accents, customs, cold and heat, the sun and moon, etcetera. It also made me think about crossing the borders between racial, political, and religious conflicts as those issues were becoming more prominent around the world.”

Rié frequently combines her love for both fine art and music and her paintings can be seen in the artwork and visual video concepts with this EP. She frequently turns to Japanese poetry as a source of influence, something she says will often describe the ‘beautiful’ without ever being explicit. “Japanese poetry and writing are all about saying something through something else, implying obliquely,” she muses. “In a Japanese poem, if something is beautiful, you never use the word ‘beautiful’; you refer to it without spelling it out.”