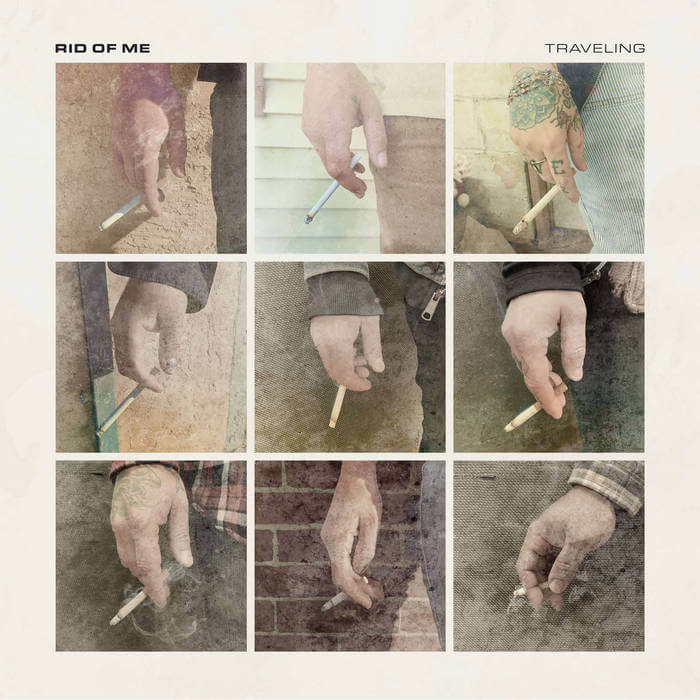 Rid of Me out of Philly are a band that plays “heavy melodic noise punk.” The band name, which recalls PJ Harvey’s epic album of that name released in 1993, seem to be a gateway drug to the punk world. Much like Nirvana and the Pixies in the 90’s, which their debut album Traveling recalled for me, they get grungy, but doesn’t lose any of the melodic appeal of stuff fit for your radio. Or radio, after Nirvana and the Pixies and PJ Harvey hit the scene.

They’re a bit harder, a bit less gimmicky, but the melodic punk DNA is there. The band, made up of singer Itarya Rosenburg and fellow players Mike McGinnis, Ruben Polo and Mike Howard, are a tight knit crew, flailing and screaming together in solidarity, fit for a Philly Bar. As Itarya sings, “I don’t wanna play music with myself / I can hear it, I’m not enough.” The combination of her honest and raw lyrics and the adventurous guitars and instrumentation makes for a riveting listen.

“I gift myself to every day / it hurts me, I’m not enough,” Itarya sings on “I Don’t Wanna,” a song that appeared in a slightly different form on their 2020 EP Summer. Though she might not be “enough” in her own mind, she’s got a magnanimous voice and spirit, and she sings and screams with equal power. “Even when I’m tried don’t have to forfeit my youth.” There is both a punky youthfulness and an enduring maturity to these songs. The instrumentation which is post-rockish joined with the vocals make this a band to look out for in 2021.

“I don’t need to have a real life, baby / I just wanna make it home,” they end the album on the song “Dealing.” There’s a sense, along with many other Philly bands that I’ve heard, that life as we’re taught it should be is potentially no life at all. Rather put it in your own terms, both with words and sound. They will be a treat to see live, as they’re getting out to play shows. The same way that PJ Harvey soundtracked my generation’s woeful hopefulness, this band is there to ably soundtrack both the youth and the aging music heads like myself.

Order Traveling by Rid Of Me Here