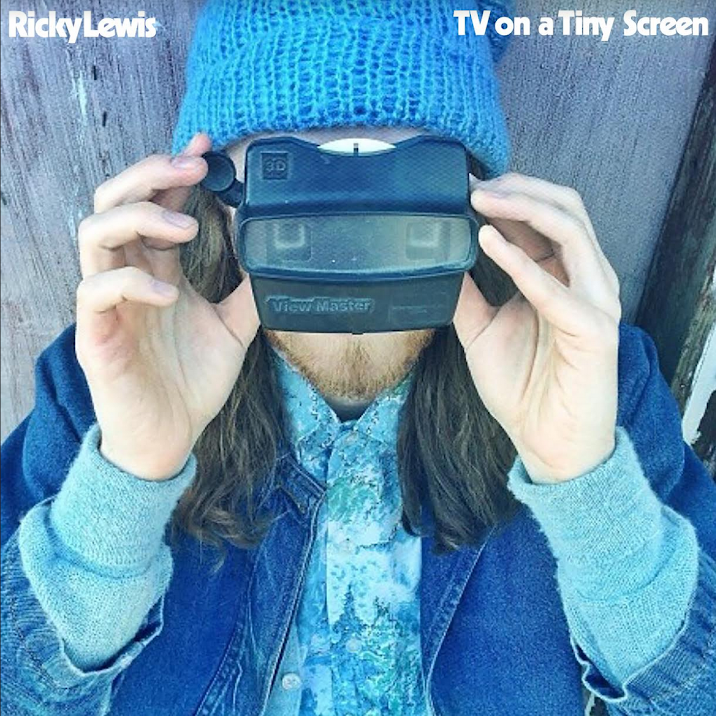 Today sees the release of “TV on a Tiny Screen”, the new single from the singer/songwriter’s forthcoming release See You In The Morning, out September 21st. The full-length was produced by Rod Sherwood, who as worked with Au Revoir Simone, Pela, Dirty On Purpose, and more. The album was written “during that last year of domesticity, and a little bit after too.” Ricky Lewis plays his next show on August 24th in New York City.

* = Opening for Chamberlain, whose reuniting for the 20th Anniversary of their record “The Moon My Saddle”

Ricky Lewis has always been a sucker for romanticism and nostalgia. Maybe it has something to do with being raised by the television. A latch key kid of the 90s. John Hughes movies over microwave dinners.Mythical levels of youthful melodrama, its hope and its agony,blaring over car speakers on stoned summer nights in the middle of nowhere New England. The kind of town you either never leave or escape while you can.There was nothing to do but move to New York City.

Lewis dabbled in odd jobs all the while documenting this new life with an almost nightly ritual of songwriting, something he had stumbled upon as a teenager when his uncle gave him a cheap guitar and showed him a G chord. Burrowed in Astoria, what might as well have been a continent away from downtown, the solace songwriting provided felt like enough to get by, but eventually the swiftly gentrifying city caught up with him. Waiting tables wasn’t cutting it and Ricky came close to having to pick it all up and move back home

Order “TV on a Tiny Screen” by Ricky Lewis here