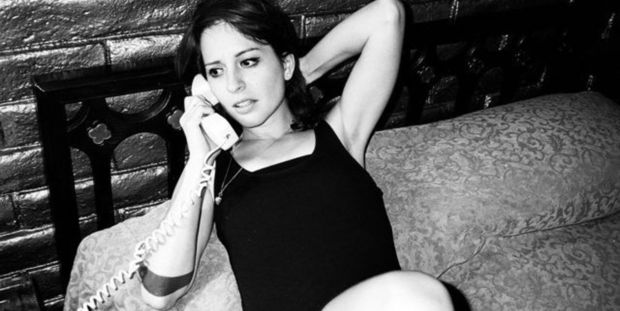 Nedelle Torrisi has been a musician since the day she was born. And while her early years focused on jazz, her career – from her previous solo albums to her work with Cryptacize (her band with Chris Cohen) – has always contained more of a 90s-R&B sensibility. That appreciation is evident on today’s “Rich Kid’s World” and throughout the forthcoming Only For You.

Only For You was conceived while Nedelle was living in the Bay Area but came to fruition during a somewhat impulsive move to back to Los Angeles. She was in San Francisco for both law school and love – her long -distance boyfriend, also a musician, lived there too. The goal was to study, have her worldview challenged, and try out a different way of living. After a year of this life experiment, she had learned what she did not want, and the one thing she needed to make sense of it all was music. When the relationship ended, she packed a U-Haul and moved back to Los Angeles to “channel a wiser, tougher version of myself into soulful songs that are both hot and sweet.

Torrisi co-produced the album with Billy Uomo of the band Babes who also played and programmed drums. Jeremy Gara of Arcade Fire lent his skills to Only For You, along with many other talented L.A.-based musicians. “Good Love” was produced by the band Inc., Kenny Gilmore (Ariel Pink) produced “Show Me Your Face” and “Vision of Love.” David Greenbaum (Beck) and Gilmore mixed the album.

Beyond her own work, Torrisi has contributed and played with a number of artists and bands whose ranks include Ariel Pink, Dev Hynes and Sufjan Stevens. Her accomplishments extend to being the “Dear Abby”of the indie rock world by way of a column called “Advice from Paradise,” where she offers song recommendations to accompany her words of advice to those who write in.

Nedelle Torrisi
Only For You
Tracklisting