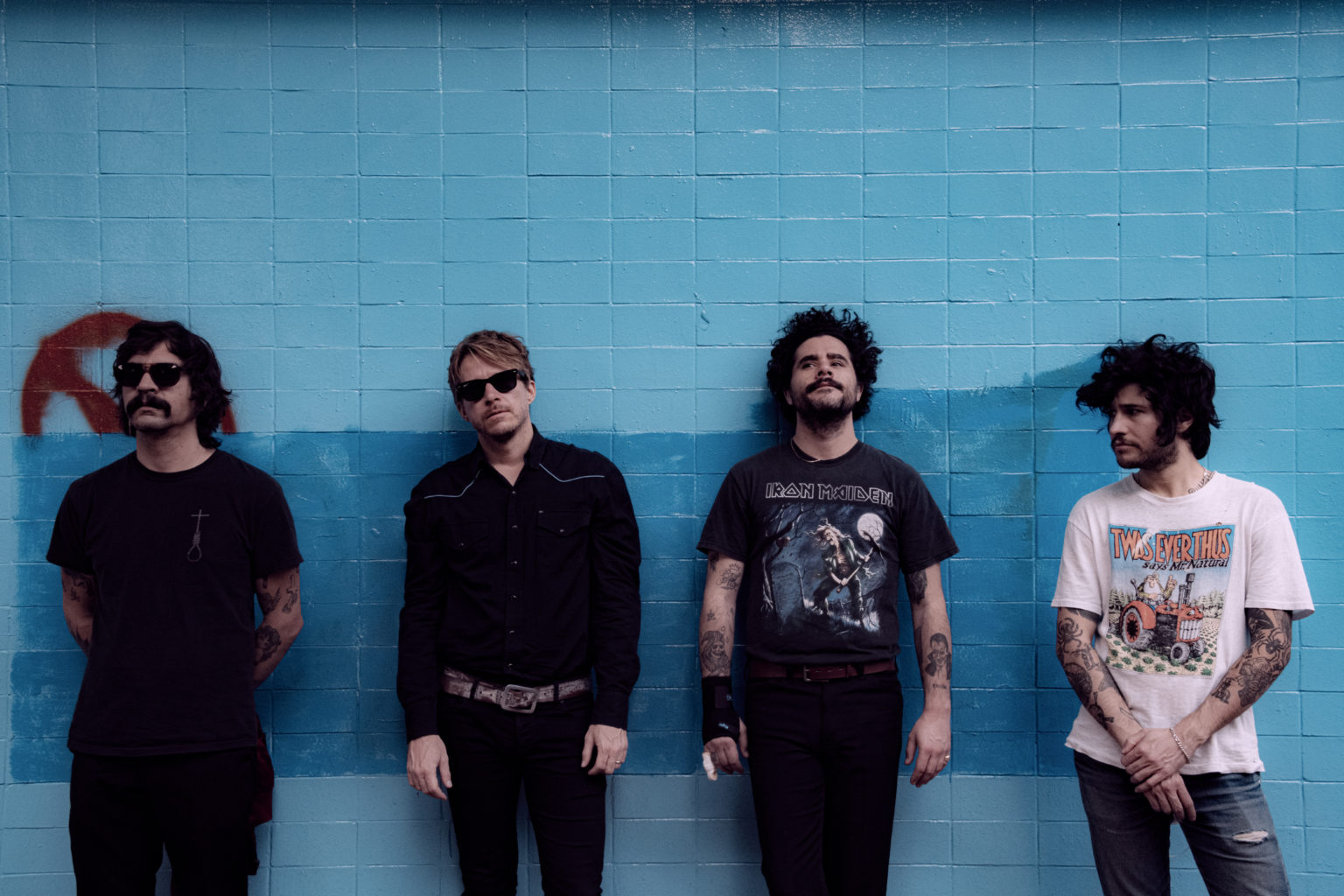 Mexico City band Rey Pila, which is Spanish for “King Battery” a phrase Diego saw in a painting by the late graffiti artist Jean-Michel Basquiat, is comprised of Diego Solórzano, Andrés Velasco, Rodrigo Blanco and Miguel Hernández. The quartet recorded their new album, entitled Velox Veritas at Diego’s home studio and Sonic Ranch Studios in Texas. After hearing the recordings, Dave Sitek (TV On The Radio) stepped in for final production and mix from his Los Angeles quarters. Today, the band have given fans a taste of their forthcoming release, with lead single/video “Casting A Shadow.”

Previously, the band entered New York’s DFA studio with producer Chris Coady to record their sophomore album. After accidentally coming across the band’s song “Alexander”, Julian Casablancas recognized the unique personality of Rey Pila’s sound and courted them to his label, Cult Records, releasing the album (The Future Sugar (2015)) as well as the Casablancas/Shawn Everett-produced Wall of Goth EP (2017). The band went on to tour South America with The Voidz, and were later invited to support their heroes Depeche Mode and The Cure on each of their Mexico City stadium shows, as well as Phoenix’s Ti Amo Mexico residency

Diego Solórzano from Rey Pila on “Creating A Shadow:”

“Casting a Shadow” is a little tribute to our favourite classic composers, with a hint of Brain May’s guitars. One of our favorite songs on the upcoming album.