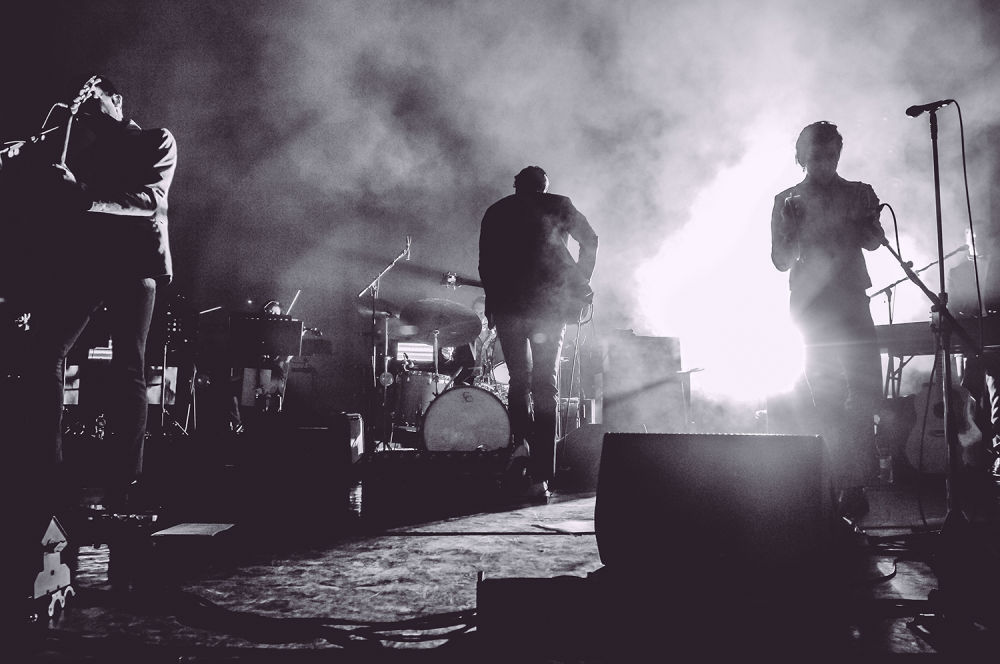 Miles Kane and Alex Turner have brought the Last Shadow Puppets out of an eight-year hiatus for the anticipated second album, Everything You’ve Come to Expect. Indeed, if you have been following the romance and lust-obsessed pair since their inception with 2008’s Age Of Understatement, then their set at Osheaga’s green stage was just that – what you’ve come to expect from the campy bro-mantic duo. They play lush, grandiose pop songs largely in the vein of “Jackies” Scott Walker or Serge Gainsbourg. Equal parts sleaze and suave, the two best friends strutted on stage, backed by a string section (arranged by Owen Pallet) and after a frenzied intro, break right into the slick and romantic ‘Aviation’, off the newest LP. Turner, taking the first lead of the night, croons the crowd into a frenzy before switching off with Kane for ‘Bad Habits’ whose silken robe worn as a shirt barely stays closed as he hollers and yelps like a drunken madman. The song is a bit of a deranged departure from the otherwise all too smooth set – and somehow seems to convey the pair’s intentions better than the others.

Turner and Kane are fully engaged in character all night, indulging themselves lustfully with a general rat pack slick-suited machismo. For as much as the crowd was buying the act, on stage they seemed to be having the most fun, largely playing for each other, it seemed – evidenced by long gazes and slack-jawed stares at each other’s performances. There was precious little talk or interaction with the eager crowd, save for the odd “merci beaucoup” and a generous nod to Montreal in the form of a cover – Leonard Cohen’s ‘Is This What You Wanted’. Flying through the grandiose bond-esque ‘Dracula Teeth’ and the driving first track from the first album way back when, ‘The Age of The Understatement’ the band grew more and more confident, egged on by the crowd with every thrust or hand wave, every pose struck on atop the monitors. It was a strange, creepy and ultimately entertaining show. A flashback to a time and a rock mindset that seems largely gone by

– perhaps for the best. When it was all done, we were satisfied, mystified and likely won’t see anything that comes even close to this for the rest of the festival.