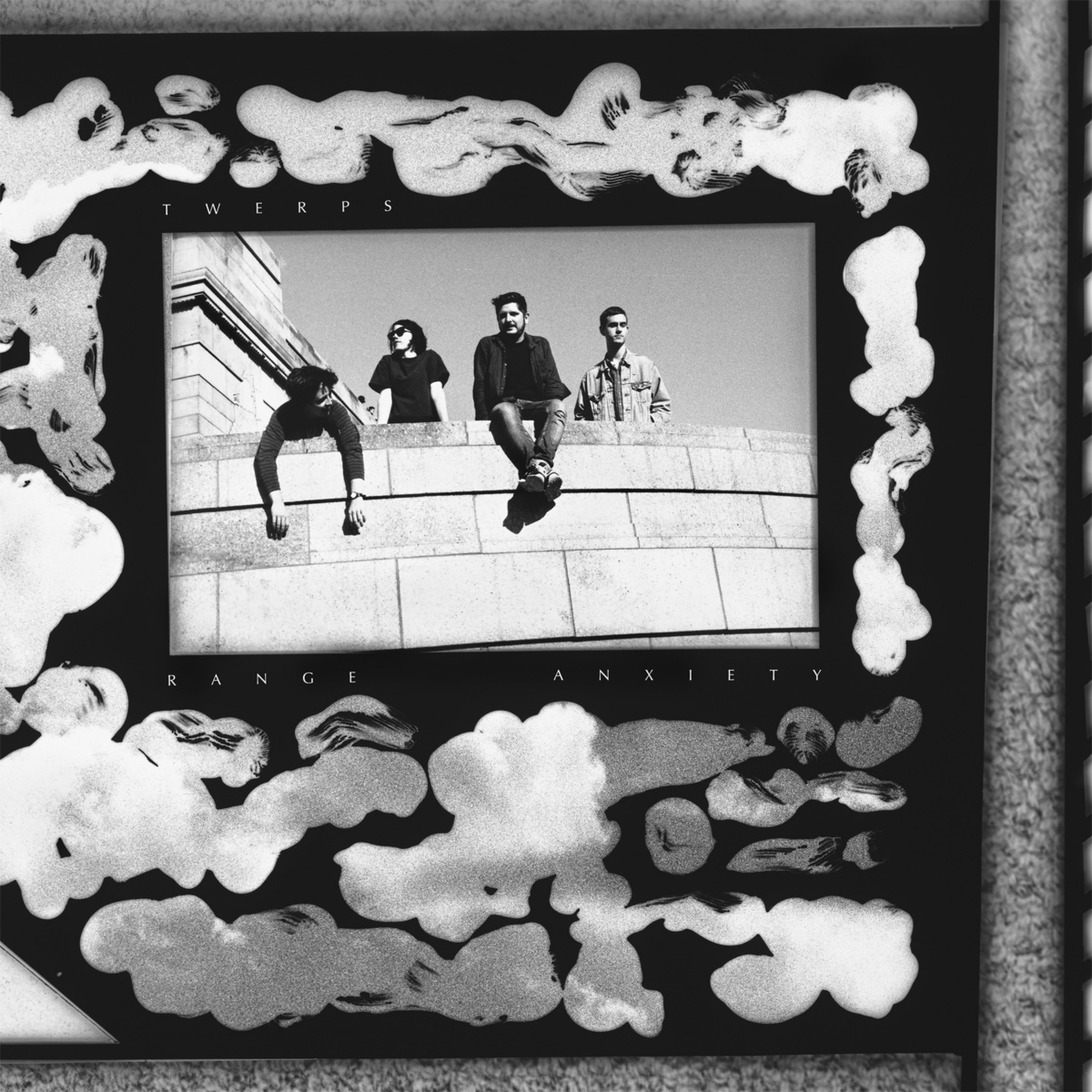 Melbourne’s Twerps are the latest export in a decades-long line of jangley acts to find success outside of their native Australia. Through their original home base of Chapter Music, the group channeled their influences with pride. Main points of reference centered on a “fascination with New Zealand’s 1980s Flying Nun era, as well as US bands like the Feelies and Galaxie 500”. Using the same basic guidelines, Twerps return with Range Anxiety, their second album and first for Merge.

Range Anxiety opens with “House Keys”, a brief introduction played on a lone organ. The sound of the room remains intact, and you can literally hear someone breathing, as though they might be perched over the machine holding a microphone to the speaker. The underlying sonic charm of the album is at its most present here, and it resonates in many different ways throughout the record. From “Keys”, we transition into “I Don’t Mind”. An indistinct drone plays in the background, its existence so quiet that you might miss it due to the frailty of the song surrounding it. Singer Martin Frawley’s delivery here is indebted to Galaxie 500, but he manages to squeeze more syllables in one verse than Wareham ever has: “Let’s give it another shot, let’s try it another way”. Like the best Galaxie songs, it is rich and subdued; drums played with mallets blend in seamlessly with the rest of the instrumentation, no part threatening to overpower its peers.

Elsewhere, Twerps leave Galaxie 500 behind and borrow a page from the Flying Nun handbook on “Back to You”. The main guitar melody is mirrored by a transistor organ, in the same haphazard vein as The Clean’s “Slug Song” or “Beatnik”. Frawley sings this song too, and the subject matter is equally Kilgourian in its self-deprecating sense of humour: “Somebody out there is doing better than me, they’re kicking back sippin’ on an iced tea”. Elsewhere, co-vocalist Jules McFarlane gets her turn to shine on “Stranger”, an upbeat track that is equal parts ‘80s NZ and OZ (see: Chills, Go-Betweens). Like those bands, McFarlane and the rest of Twerps deliver a master class in letting the verses hang around a littler longer, causing the chrous to pack an even bigger punch.

With Range Anxiety, Twerps prove their worth and more. It may be difficult to look past the more obvious reference points, but Twerps make no effort to hide their influences. In many ways, they are a logical extension of their heros. With their unpretentious songwriting and humanistic lyrics, they are filling a void in guitar pop left vacant since their region’s heydey.