Review: Ought live in Toronto 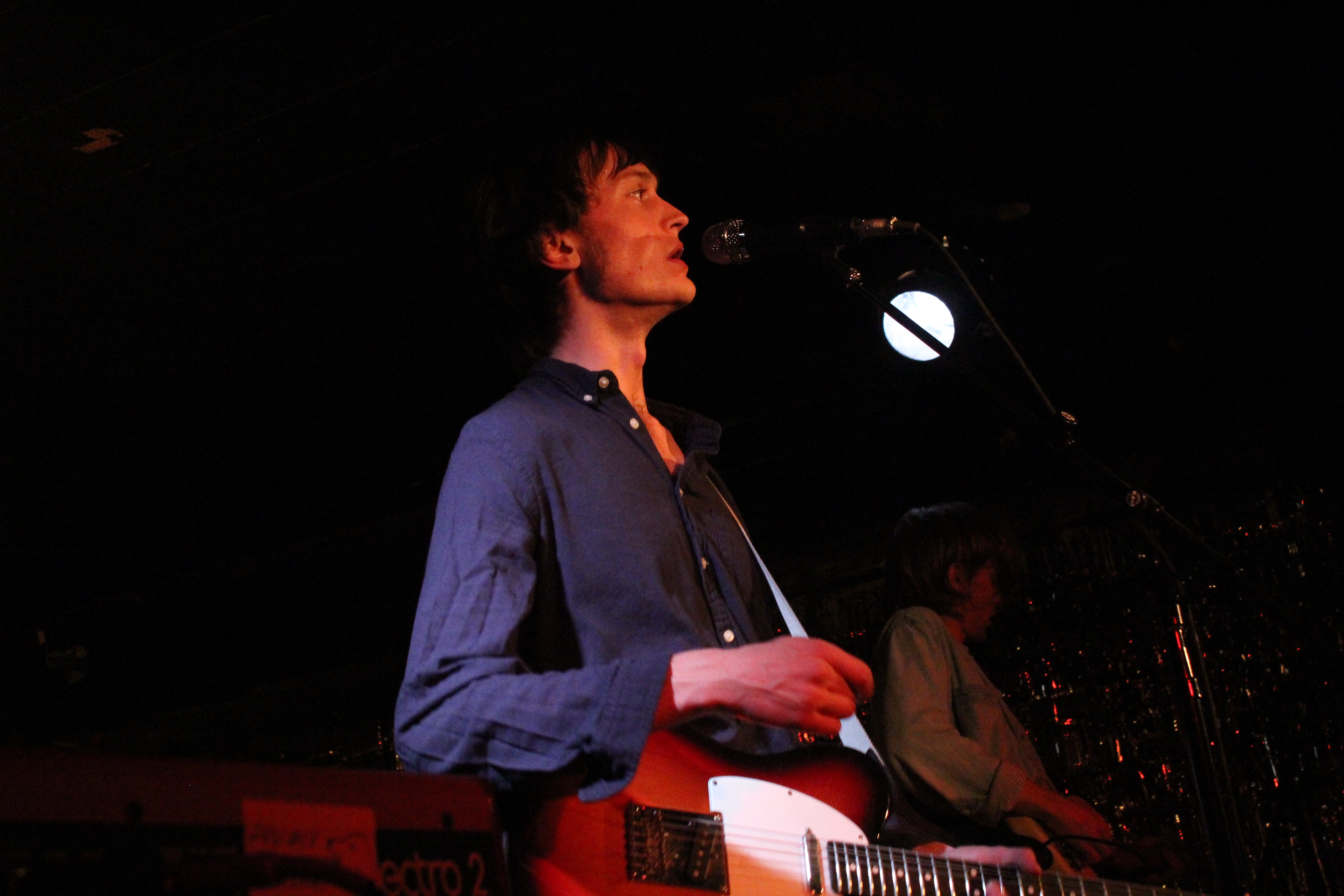 Dorothea Paas comes onstage seems uncomfortable onstage, but it shouldn’t be for lack of talent. She’s a capable guitar player with a great voice, though there is some sense that she’s more in her element playing music in her bedroom than on the Horseshoe Tavern’s stage. Opening for a band like Ought, who’s debut album was critically acclaimed as one of the best of 2014, one can admittedly feel a bit nervous. It’s a pretty tough act to open for.

Paas, plays some of the most accessible music of the night, which she’s ironically referring to as “rocking out”, New Fries take the cake for mind boggling insanity in their performance.

“Art-rock” which I guess is a way of referring to stuff that you can compare to the talking heads, is pretentious in itself, but the sheer genius of New Fries is their complete lack of any pretension at all. Their energy is high, there’s big smiles on their faces, and there’s an undeniable sense of camaraderie between members. At one point the bass player looks to the drummer, who’s apparently getting pissed off with the spotlight shining directly at her, and (on his knees, mind you) says: “I know you hate it, but you gotta play what you gotta play.” There’s something really life affirming watching a bunch of good friends play music together, especially tunes as fucking weird as these.

Speaking of “life affirming”, the first time I saw Ought, I was blown away by how young they looked. They looked like kids I was going to school with, like friends of friends. Seeing them this night (over a year later) I felt the same way. They’re a bunch of young dudes, performing the songs they want, and that’s maybe as far as you need to go. Though, it’s almost impossible to see them as young while listening to Tim D’Arcy’s voice, which has that same Mark-E.-Smith style way of transcending the modern world into abstract poetry. It’s uniqueness in its youth and its energy is truly a sight to behold.

There are girls behind me hugging each other as they play “Big Beautiful Sky”, which the opening chords of are enough to start a cheer in the audience. The crowd screams for an encore and they play the angular groove-fest “Around Again”. I’m standing by their merch table as people are lining up to buy records and T-shirts as drummer Tim Keen walks by me and goes: “That was fucking amazing”. The band is drenched in sweat from the heat of the lights, which almost perfectly embodies the energy that goes into sorting out the existential frustrations and mysteries within the music itself.

Ought aren’t going anywhere, and they may be the only ones saying the things their audiences want to hear. If that makes any sense.