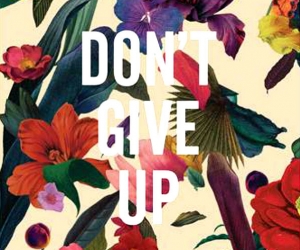 Electronic musician Ernest Greene aka Washed Out is to release his second album Paracosm, out this month on the Sub Pop record label. The nine track album follows his EPs Life Of Leisure and High Times and debut LP Within and Without which have all showcased his special form of drowsy, distorted dance-pop perfect for a summer day. Paracosm was recorded in Atlanta with Ben H. Allen (Animal Collective, Deerhunter, Gnarls Barkley, Washed Out – Within and Without) at Maze Studios.

Greene has expanding on the use of instruments to really push his sound to the limits on this album. “I’ve grown as a songwriter to the point where I want to have more involved arrangements, and that’s really hard to do with sampling,” Greene says. “These machines were kind of a happy medium: The sounds have a very worn, distressed quality about them, much like an old sample. But they also offer much more flexibility because they’re playable.”

“Entrance” opens Paracosm with a range of ambient noise, birds tweeting, gentle keys and harp strumming which ultimately puts you in the happy, relaxed head space from the word go. First single from the release “It All Feels Right” follows and brings in the steady, rhythmic harmonies. Greene’s soft voice extends the up-beat feeling, keeping the bedroom recording sound integral to the song (and to the whole release); “It all feels right, think about the old times”.

“Don’t Give Up” continues the satisfied vibes Washed Out music tends to ooze, and brings another positive message; “Even though we are falling apart, it felt so close and it feels so right, don’t give up”. And as with nearly every transition between songs on this album, background noise melds tracks together, making for a great ‘all in one’ listening experience. “Weightless” steps up the spaced out reverb – sounds and lyrics layering into a beautiful soundscape to get lost in.

In “All I Know” wind chimes invite you into the song like you’re sat on your friend’s front porch whilst “Great Escape” brings more electronic synth noises in its build up. The rhythm crunches and pushes forward, vital to the progression of the song. Title track “Paracosm” shines out – it’s a range of floating harmonies; mingling and intertwining with the low-fi vocals that Greene produces to beautiful effect.

Fittingly titled “All Over Now” finishes the album with another beautiful soundscape full of depth and passion. Seemingly, the album name Paracosm means “a prolonged fantasy world invented by children” and Ernest Greene’s music certainly takes us away to a world full of dreams and illusions. And sometimes, that’s exactly what we need music to do.