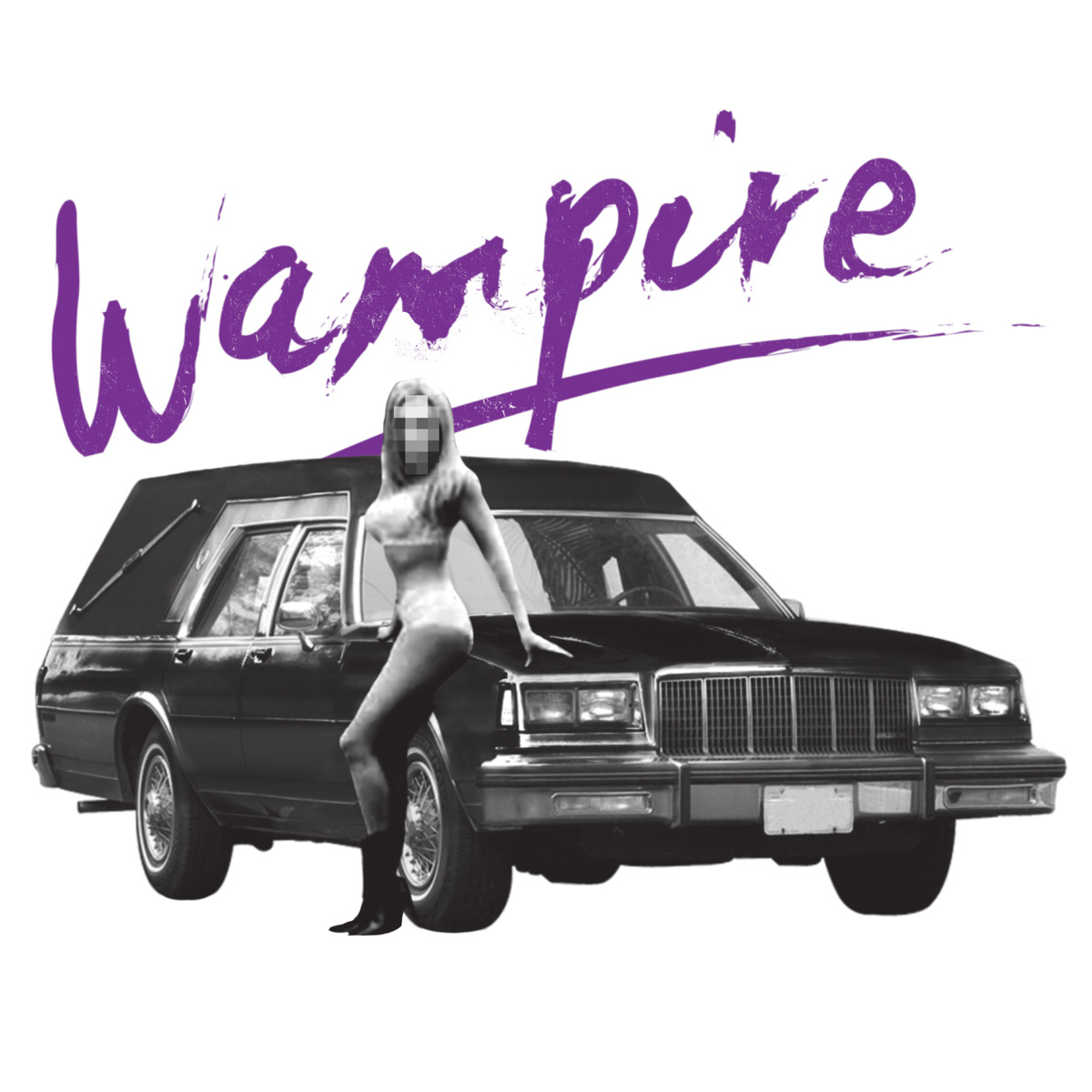 “Live the dream like the 80s never happened” sang Bloc Party’s Kele Okereke on Song for Clay (Disappear Here), and it would seem Portland, OR, duo Wampire buy into this philosophy. Just check out the band’s press shots and you’ll see a soft focus photo of Rocky Tinder and Eric Phipps looking like they’ve had their yearbook photo taken for Saved By The Bell. Retro in appearance and retro in sonics should be Wampire’s tagline, acting as a little teaser before the pair’s debut album, Curiosity, drops, Tinder and Phipps are offering up The Hearse EP to bridge the gap.

The Hearse begins with an eponymously titled track which is swathed in post-punk clatter bolstered by rubbery basslines, organ like synths and taut drumbeats. So far, not so remarkable, especially with the fact that the vocals are almost pushed so far down into the mix they are borderline inaudible. However, the real surprise comes two minutes in, the track makes an abrupt halt and plunges into a tempo changing mid section breakdown that at first sounds like the Millennium Falcon attempting a reverse park. From here the synths swell as if the ships parking sensors are going haywire plus the heady concoction of squalling noise and propulsive drumming lurches the song back to life, full tilt for a hi-octane ending. What could have been an also-ran pastiche of 80s post-punk becomes something of an ugly duckling into a beautiful swan type moment.

Come track two, boundaries a left behind once the twosome take it upon themselves to cover Kraftwerk (yes Kraftwerk). The track in question is ‘The Model’ or in Wampire’s case ‘Das Modell’. What’s telling is that the German electro pioneers choose to deliver the original in English, where as Wampire replicate the modern classic in German, adding for a nice twist. Notably Tinder and Phipps have reworked the track with throbbing basslines and more organic arrangements which adds blood and sinew to the synth master’s circuit board pop. A bold move to cover such iconic figures, especially by adding their own slant on proceeding could have left Wampire flat on their face; however ‘Das Modell’ works on a homage level and in its own light.

Fire up the DeLorean because Wampire are all set to take us Back to the Future, where we’re going we don’t need roads!