It’s a worn out cliché to complain that there’s no subtlety in music anymore. Every generation will argue that the current climate is more sexualized than the preceding one, and that the artists of old knew how to sell their music without the ovet sex angle. This is of course bullshit: Donna Summer was having an orgasm on AM radio and Prince was fucking the taste out of mouths before Gen Xers hit puberty. That being said, on Jessie Ware’s debut album Devotion, she touched on a version of sexy that hadn’t been explored in a long time. They were songs about devotion, and the concept had never seemed so sensual before. Now on Tough Love, not only has she done it again, but she’s crafted an album of excellent soft pop tunes that one can put on when the lights are low, or when one wants to hear a true emotional spirit airing out the trials and triumphs of of a relationship.

On Devotion, the British singer delivered an adult version of lasting love. It was fun, serious, contemplative, and of course, sexy. On Tough Love, she continues her asthetic but with tighter hooks and a superb team behind her. Co-writer/producer Dave Okumu produces only two tracks on Tough Love, but the touch that he gave to Devotion is a touchstone for everyone else who worked on this record which includes producer BenZel (Benny Blanco and One Inch Punch), Dev Hynes, Ed Sheeran, and James Ford. Separately, all of these collaborators have disparate sounds that on paper would make Tough Lovesound like a mess, but they all fall into the groove perfectly. Hynes’ “Want Your Feeling” rides a disco beat and an oriental-sounding keyboard line, with sweeping strings underneath guiding it along. In typical Hynes style, it’s a dance song about heartbreak (like all the best dance songs). On the other end, “Champagne Kisses” is the most joyous track on the record with a gradually building structure that washes with excitable strings and synths that get more and more ecstatic as Ware’s vocal layers increase. Opener “Tough Love” channels “Little Red Corvette” but applies it to Ware’s aforementioned explorations of devotion, rather than Prince’s lusty escapism.  Later,“Say You Love Me” gives show-stopping realness in a waltzy ballad the breathes new life into that moment when you decide to take things to another level. “Cause I don’t want to fall in love/If you don’t wanna try/But all that I’ve been thinking of/Is maybe you might,” forms the song’s crux and it paired with Ware’s powerful voice and the swelling chorus behind her provides Tough Love’s deeply moving centerpiece.

It’s not all heavy though. “Cruel” is an excellent pop piece with Okumu producing, as is the warm “You & I (Forever).” The Miguel-assisted “Kind of…Sometimes…Maybe” is also an irresistible slow jam, that gives more hope for his eventual follow up to Kaleidoscope Dream.

Through all of Tough Love, there is cinematic atmosphere that dresses tightly knit pop songs, that never feel like they’re reaching to just fill in the blanks. The powerhouse collaborative team have clearly worked carefully with Ware, as every song feels thoroughly finessed for a seductive and sincere record. Every nuance is tailored to fit the breathy atmosphere and its an outstanding fulfillment of Devotion’s potential. 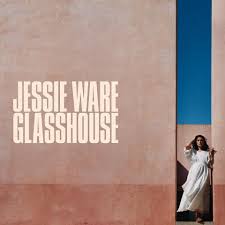 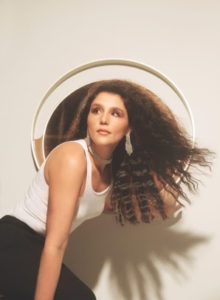 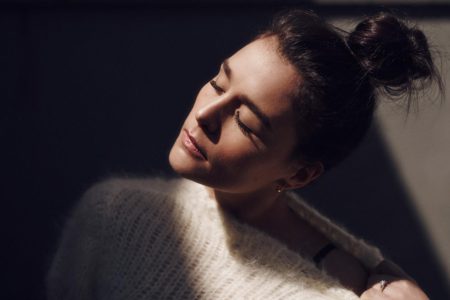