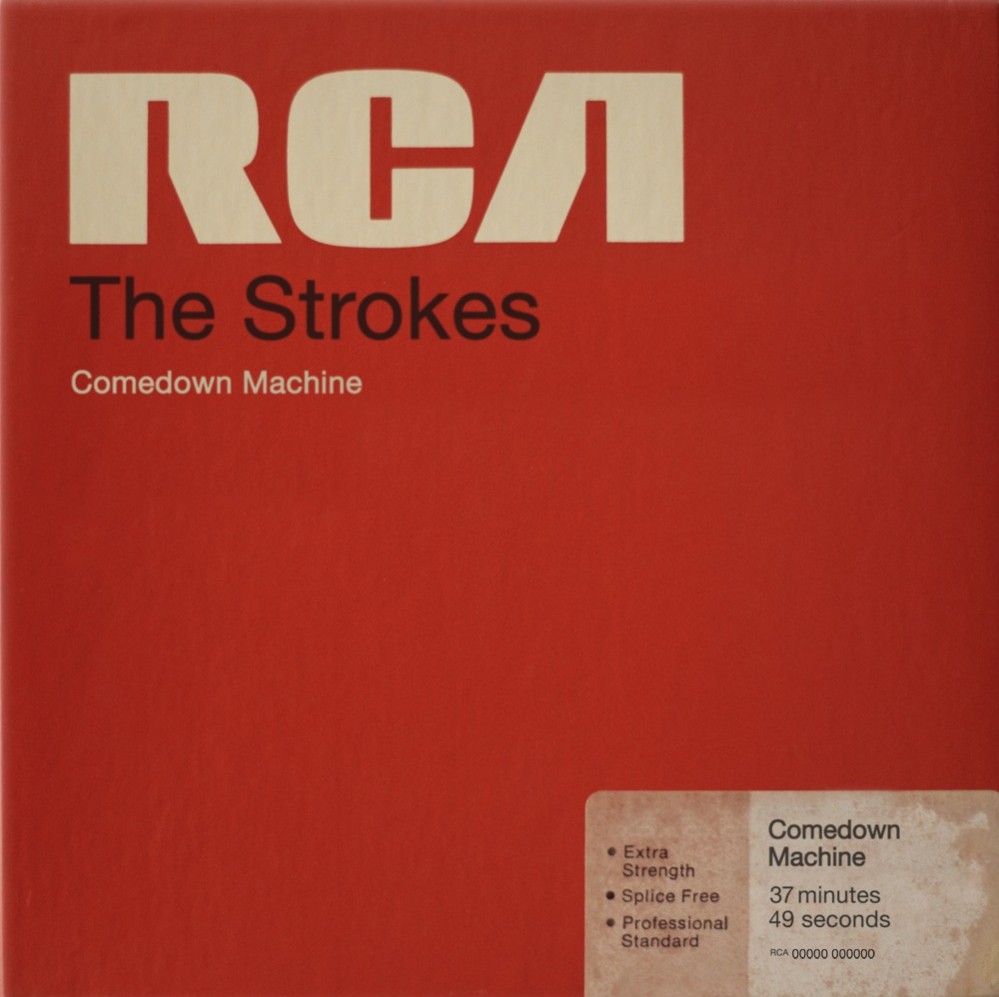 After taking a five year break to grind out 2011’s Angles, The Strokes have returned with a very similar album, albeit one that sounds less forced. It’s been over ten years since The Strokes stole the hearts of an apathetic generation waiting to be woken up with Is This It?, but the band on Comedown Machine is not the same group of leather-clad garage rockers that you fell in love with. For a band with a relatively small discography, it is easy to break The Strokes’ sound into “pre-2006” and “post-2006”, marking the year that the band put aside their fuzzed guitars for a more synth-rock piano sound. This shift in sound led to some strong panning from critics and a drop-off in their fan base, however for the fans that held on and grew to like the new Strokes, Comedown Machine may be everything they’ve been hoping for.

Kicking off with a synth-heavy intro, “Tap Out” immediately sets up the listener for what to expect on the rest of the album. Providing further proof that this is no longer the same Strokes that brought you Is This It?, the opening track is very danceable and could easily have fit on the latest Foals album. The song has an interesting sound, but lacks the get-up-and-go-crazy factor that’s been missing since the band’s debut. The band doesn’t sound like they’re having as much fun as they used to, but this may be a sign that the band has grown up from their partying ways.

Up next is “All the Time”, which is more of a typical rock song compared to “Tap Out”, and is similar to “Under Cover of Darkness” off of Angles. This sounds more like The Strokes we’re used to, using the soft-loud dynamic from verse to chorus, with hymns that can send the listener into a fist pumping fury during the choruses. Complete with a mid-track guitar solo courtesy of Nick Valensi and lyrics about simply having fun (“You’re livin’ it up/You’re livin’ it up/You’re living too fast/You gotta pray for the best” ), this is a song that defines what The Strokes have always been about. The first single off the album was “One Way Trigger”, and after hearing the rest of the album, it seems like a strange choice to have picked to announce the band’s return.

The song is an ode to 80’s synth and features Julian Casablancas in a rare falsetto, which he pulls off rather impressively. The track is catchy and danceable, but is still rather bizarre with Casablancas taking the listener on a tour of his whole vocal range, from the typical low-registry Casablancas mumble, to a high pitched falsetto.

Phoenix should thank The Strokes for giving the public a preview of what their upcoming album is likely to sound like, as “Welcome to Japan” could easily be a Wolfgang Amadeus Mozart B-side. The song is rather bland, and is further proof that the band is better off sticking to the formula that made songs like “Last Night” unforgettable. “80’s Comedown Machine” is as close as you’ll get to a Strokes ballad, featuring the frontman who became famous for singing about good times now sounding introspective and sombre. The track is a departure from what we’ve become used to from The Strokes, but surprisingly works very well, and is one of the standout tracks on the album.

For those craving for The Strokes to take them back to 2001, 50/50 should be played on continuous repeat. With an intro featuring a slashing guitar line and pounding drums, this song can slot into The Strokes “pre-2006” category. This is pure retro Strokes and is the heaviest song on the album, complete with Casablacas anguishing over waiting as long as it will take to get the love he’s looking for. This song will surely become a single, but unfortunately marks the end of what was a pretty good album so far.

The second half of Comedown Machine is rather disappointing and crammed with too much filler. Apart from “Partners in Crime” which is a catchy package of fun, tracks 7-10 are easy to forget. The Strokes don’t sound as engaged on “Slow Animals” as they were on the rest of the album, and it comes across as being forced, much like many of the songs that plagued Angles. “Chances” seems to drag on and on, with lulled vocals suitable for falling asleep to, but is thankfully saved by its follow-up “Happy Ending”. “Happy Ending” is another retro-Strokes sounding song, and provides a heavy dose of straight forward good quality pop.

The Strokes have never written a song like Comedown Machine closer “Call it Fate Call it Karma”. A throwback to the old-fashioned sounds of smooth jazz recorded in the 1950’s, the song features another dimension to The Strokes that has yet to appear in their discography. Different from anything we’ve ever heard from the band, this could very well be a new direction they plan to take on future albums.

Comedown Machine is guaranteed to please fans of The Strokes’ previous two albums, though it may further alienate the Is This It? diehards. With half a disc’s worth of quality music, the album is not a disappointment in the First Impressions of Earth kind of way, but it is painful to sit through songs like “Slow Animals” when the listener knows that this band is capable of so much more than forced filler. The Strokes of the early 2000’s may be gone for good, but after three albums worth of keyboard-heavy songs, fans should start to put the good times behind them and begin to accept this band for what they now stand for. Revealing some new layers to the band on the album, it will be interesting to see where The Strokes go from here and if the band can ever live up to the insanely high expectations they accidentally forced upon themselves after their first album.