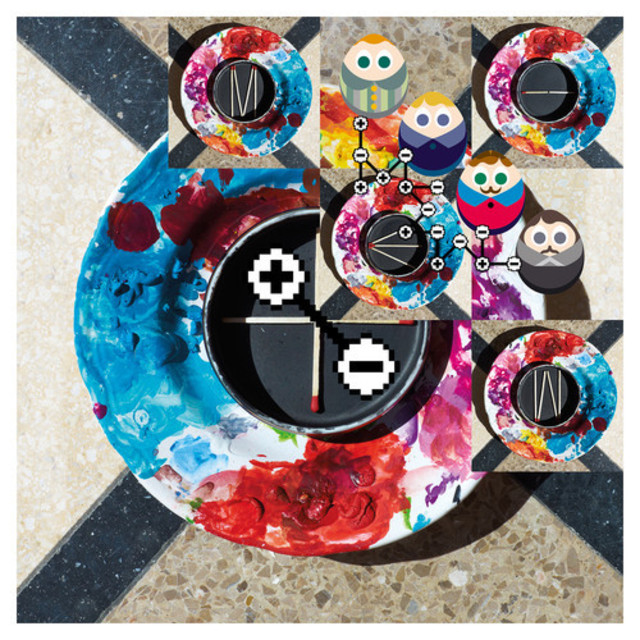 It’s a long time, six years. And an extended gap of this kind has the tendency to either raise expectations above what could be called reasonable, or erase any criticism due to gratitude that at least there is another album. This may be especially true with the new Mew album, as Johan Wohlert has returned to join up once again with Jonas Bjerre, Bo Madsen, and Silas Graae. For “frengers,” as the devoted fans of the band are called, April 27 is going to be a great day, when the new album, +-, or plusminus, is released.

Mew is one of those bands, that as Johan Wohlert said, you either really love or you don’t. That may be, but don’t pick sides just yet. Their newest album, +-, is as good as place as any to start, if you’re unfamiliar with their music. It may not be as overtly experimental as the last album, 2009’s No More Stories… or as timelessly spirited as 2003’s Frengers, but +- is a portrait of a band who has well-practiced pop muscles to flex. And the return of Johan seems to have given a steadying presence to the progressive rock effusions. Could the music be slightly less obvious when it builds and swells? Possibly, but it’s a well-crafted example of the emotional orchestral verve of the band. Harking back to the heady days of Genesis, before the pop charts and faxed divorces, and Yes, before Jon Anderson lost his voice, it’s a classically organized tug at the emotions. The worldwide fan base of “frengers” is in a slight frenzy, so see where all the love comes from.

Satellites, the opening track, is a graceful arpeggio which expands as the swirling strings begin. Almost like the grander moments of Coldplay, but the voice of Jonas Bjerre goes far beyond any casual pop melody line. Then follows the explosion of sound, that mix of guitar and rhythm and intertwining of different lines, an uplifting chorus which moves into a dynamic beat-driven guitar line pulling us along. Bjerre’s voice balances between strength and delicacy.

There is a seamless synergy between the four musicians, and Witness comes out of the box fighting, the drums pummeling us. It’s feisty and combative, with the classic chorus.

The Night Believer has a synth and piano intro swirling into acoustic guitar, the voice recorded so close it’s though you’re sitting next to the singer. More sparse until the drums introduce the chorus which is another instantly memorable pop nugget.

Making Friends feels like a defiant secret. “No way I’ll say I’ll fit in because I live here now.” The cinematic switch in the song lifts it above standard melancholy.

Clinging to a Bad Dream has poly rhythms and another big chorus, until electronica wins over before moving on to a driving pulse. Whether the energy of the beat is due to the return of Johan Wohlert is uncertain but the bass line keeps the songs floating on an ocean wave of movement.

The band feels free enough to go from idea to idea in their songs, which some might say dilutes the focus. But it’s a classical idea, different movements and sections, with moods and motifs that hark back to an earlier part. Whether it works as well as it could thematically for some of the songs is debatable.

My Complications, with guest artist Bloc Party guitarist Russell Lissack, shows off a treble lead of guitar notes that turns into big drums and piano. It’s a song that hints more at a heavy rock inspiration than the other ones. The water drop synth sounds punctuate the ends of the lines in the chorus before moving into a metal-inflected line. Yet, there’s something earnest and vulnerable about this song. And when the vocals move into the high registers, the song has mind-expanding qualities like some Tibetan bell sound.

Water Slides leans towards electronica. The bass sound is beautiful and warm, the opposite end of the spectrum of the ethereal vocals. A wintry chorus feels cold yet clear.

Rows is possibly one of the best tracks on the album. More experimental to begin with, with the echoing guitar note, they sing, “Anything you can wish for you can do,” and it all seems possible. Mew are very good at the chorus. Maybe the song is a little too constructed, too designed to hit the heart strings like the music to the big moments in a film. It doesn’t matter. That rough guitar and the plaintive piano notes trying to break through the wall of fuzzed chords just has a certain sadness to it.

Mew go their own way, and that’s a good thing. It will be interesting to see what they do with the album when they play live, and where it will all lead for the next release, because the newly reunited foursome are clearly not finished treading their particular musical path.