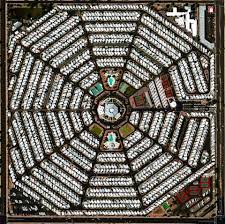 Has it really been eight years? Well, no. Modest Mouse might have last done the album thing in 2007 with the highly underrated We Were Dead Before the Ship Even Sank, but they also put out No One’s Dead And You’re Next in 2010, which may have just been a quick odds and sods of recent 7-inch singles and ‘00s outtakes, but it was promoted like a proper release. Over the following years, the band kept popping up, playing shows occasionally, and making insinuations that they were working with Big Boi, but each year would stretch to the finish line with no new material.

Partially because of their consistent presence, the release of Strangers to Ourselves doesn’t quite have the “Oh my God, finally!” knockout that one would expect with such a wait, and it doesn’t do itself any favors by entering back in the ring with its yawning, world-weary title track as the record’s. Much like on the band’s commercial breakthrough, 2004’s Good News For People Who Love Bad News, they flip the script on the typical one two punch, starting reserved and then launching into the propulsive single. The combo on that record was of course the gorgeous “The World at Large” and its pumped up companion “Float On.” While “The World at Large” was a reflective beauty, “Strangers to Ourselves” feels tired and like a sluggish roll out of bed as opposed to a well-rested rise. “Lampshades On Fire” though is a nice jolt of coffee. The jumpy piano echoes with promise and the familiar pumping of Modest Mouse mechanics work extremely well leading into the song’s soaring bridge.

But this is a fairly different Modest Mouse then the one we’ve grown up with, or even the one we last saw at the end of last decade. Johnny Marr left and joined the Cribs after a couple years, but the biggest difference here is the absence of longtime bassist Eric Judy. Judy’s bass work has been an integral part to the group’s sound through their roughneck early years, and matured nicely into the polish of their major label progression. Leaving during pre-production, primarily for the purpose of more family time, Judy’s early contributions to the record have been divvied up amongst the group, between new members Russell Higbee, Lisa Molinaro, and post-Good News multi-instrumentalist Tom Peloso. While Judy’s absence isn’t a night versus day kind of thing, there is a palpable missing link throughout Strangers that makes some tracks slump a bit. Tracks like the sludgy “Be Brave” and the airy “Wicked Campaign,” the latter of which is a song I couldn’t picture Judy ever playing on, it lacking an aggressiveness that even Modest Mouse ballads have in their bass lines. Like wise for the deranged, Depeche Mode meets Electric Six strutter “Pistol (A. Cunanan, Miami, FL. 1996).” Isaac Brock’s contorted voice slurs and slaps over a mechanical beat, a throbbing bass, and blips of jittery synths in a manner that you’ll either love or hate, but judging by the split between pre and post- Moon & Antarctica people, it would be tough to say that this would be especially appealing to either camp.

Stranger to Ourselves though is not a failure. It’s merely Modest Mouse’s least impressive record by far, which is a good thing considering their track record. Their trademark run of excellent fourth quarter songs doesn’t quite pull through, but “God is an Indian and You’re an Asshole” definitely stands up as a great entry of Brock’s usual irreverence set to a fun song, and “The Best Room” is fun enough. “The Ground Walks, With Time in a Box” is a hook-laden track dancey track ;“Coyotes” and “Pups to Dust” work well together as a pair of mid-album ballads. But the magic listening experience of an end-to-end Modest Mouse record doesn’t happen here. Strangers to Ourselves plays with an unevenness usually reserved for their in-between album compilations, and it’s the first time a proper record of theirs doesn’t have a mighty arch to it. Apparently though these sessions spawned enough for two records, and that the album’s follow up will be released “As quickly as it’s legally allowed,” according to Brock in a recent interview. Perhaps with some fine tuning with the new lineup, this follow up might prove to be more adventurous and cohesive, and that Strangers might just be a warm up for what that record will deliver. 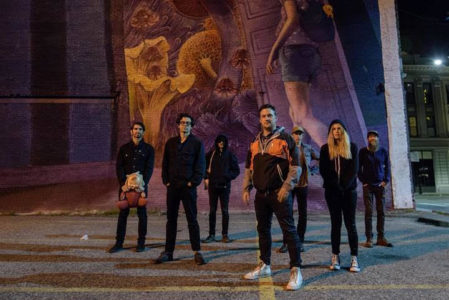 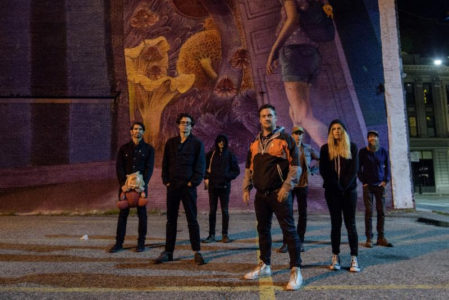