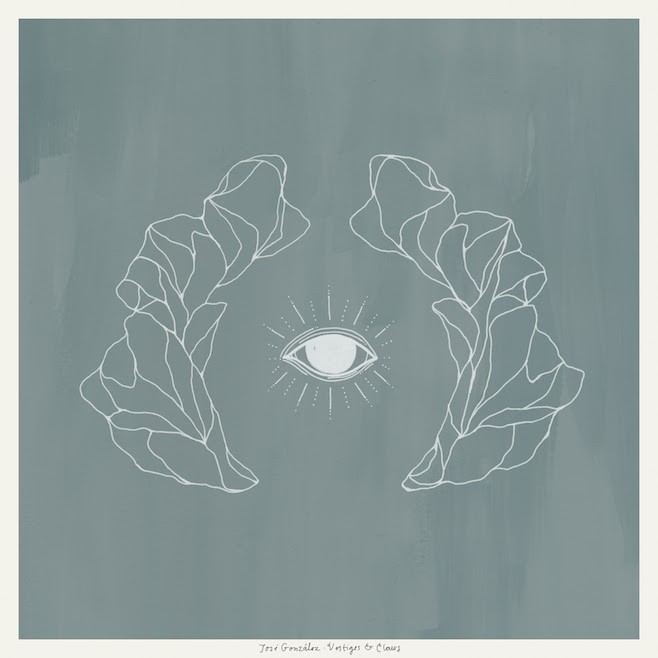 There has been almost nothing quite as soothing in the last decade as the releases of Swedish folk artist José González. Since 2003, the singer-songwriter has been quietly putting out albums filled with masterful guitar playing and his trademark whispering vocals, with each record exploring different but equally heavy themes. Parts intellectual exercise, instrumental craftsmanship, and contemplative singing, Vestiges & Claws, mouthy as its title is to say aloud, is anything but difficult to find a stem to latch onto.

Vestiges & Claws is a clear evolution from González’ previous work, 2007’s In Our Nature, which dealt, fittingly enough, with the ideas of evolution and naturalism. Today, he explores over the course of ten songs our infinitesimally small place in such a vast universe, but does so with an outsider’s detached perspective. It’s easy to see that González has become more comfortable with the themes his music continues to explore, and as a result songs tend to come across less introspective than exploratory in nature: González seems to be adventuring through the concepts in his music at the same time his listeners are, and this mutual experience is beautiful.

Self-produced, Vestiges & Claws sounds both glorious and gloriously imperfect. Strings hum and buzz, background sounds and noise chirps in and out of quiet sections, and his more passionate guitar strumming threatens, at times, to overdrive or distort its track, as in the center piece of opener “With The Ink Of A Ghost”. These minute disturbances are welcome and humanizing, and are accompanied by such a richness in sound and clarity that even recording studio purists would be quick to forgive the album its quirks. González has expanded his repertoire of sound, perhaps due in part to his recent work in the band Junip, to include percussive hints and overdubs. The effect is poignant, combined with his poetic acoustic guitar craftsmanship to create an album that is both dense and filled with the idea of space. It’s hard to overstate just how wonderful González’ fingerpicking is throughout Vestiges & Claws, even when that talent itself is understated, as in “The Forest” and its tale of overwhelming beauty. It’s a hushed song that leaves the listener with an idea of hope and effortless calm, even when it describes the fire that its titular forest is consumed by, and accompanied only by a flute behind his guitar playing is also the track most exposed in space.

If there can be one complaint amid the entire record, it may be that its ending track, “Open Book”, is both formulaic and frustratingly anticlimactic. As the shortest song of the album, its four-chord progression was perhaps not worth drawing out for any longer than it’s two minutes and forty seconds, but its ending comes no less jarringly regardless. It is high praise that I wanted Vestiges & Claws to keep going even after José González had said all he planned to about our cosmically, beautifully miniscule place in the universe.