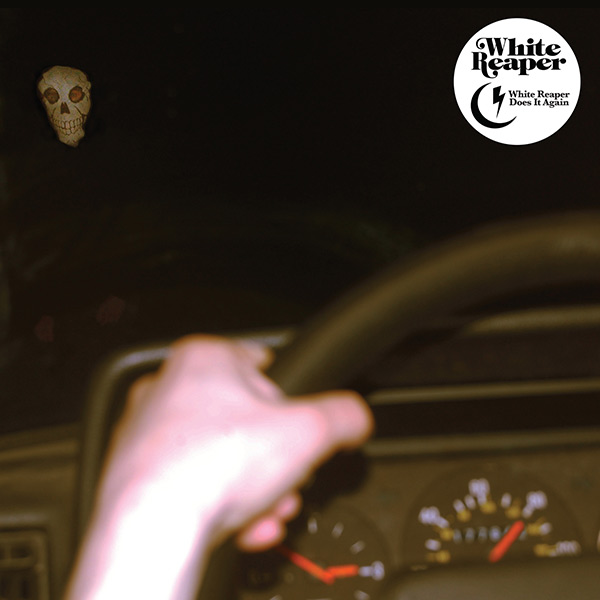 White Reaper Does It Again

Let’s play a word association game, blurt out the first thing that comes to mind when I say….Kentucky? Chicken! This part of America isn’t a rite of passage or a mecca for anything too thrilling on the musical map, hence the state being more renowned for southern fried chicken, bourbon or horse racing. According to rabble-rousing rock band, White Reaper not a lot happens in their neck of the woods and it’s this detachment that bleeds into their primitive rock ‘n’ roll. The four piece sound almost untouched from anything since the 1970’s, when rock was scuzzy and hairy; this is music fit for drinkin’ and foolin’ around.

The young quartet follow up their 2014 self-titled EP, with debut record ‘White Reaper Does It Again’. And what White Reaper do is pummel through ragged guitar driven tunes that are sinewy and playful. However there’s a nagging feeling with the outfit’s first offering; this could be an album by any fledging rock band. Although the album doesn’t leave you wanting if you’re after rock ‘n’ roll thrills and if you were to catch them on a Saturday night after a sinking some beers – they’d be just the ticket to soundtrack intoxicated debauchery. On record though, a lot of the tracks merge into another – meaning there’s little impact from one roughly hewn nugget to the next. That said ’Friday The 13th’s darker tones and horror-movie organ chimes stand out amongst its kin.

One thing that ‘White Reaper Does It Again’ captures is youthful exuberance and a flicker of what ignited rock ‘n’ roll in the first place. The pace is frantic, the racket is a skull rattling din and these are songs mainly about girls. There’s no doubting the fun that can be found on the four piece’s debut but there’s little on offer here that hasn’t happened before or won’t keep happening until the world stops turning. This isn’t a plea for avant-garde soundscapes or hipster-moustache-twiddling-blog-friendly-electronica but like dining out on the Colonel’s finest secret recipe coated chicken – White Reaper’s first album temporarily fills a void when you’re in need for a quick bite.