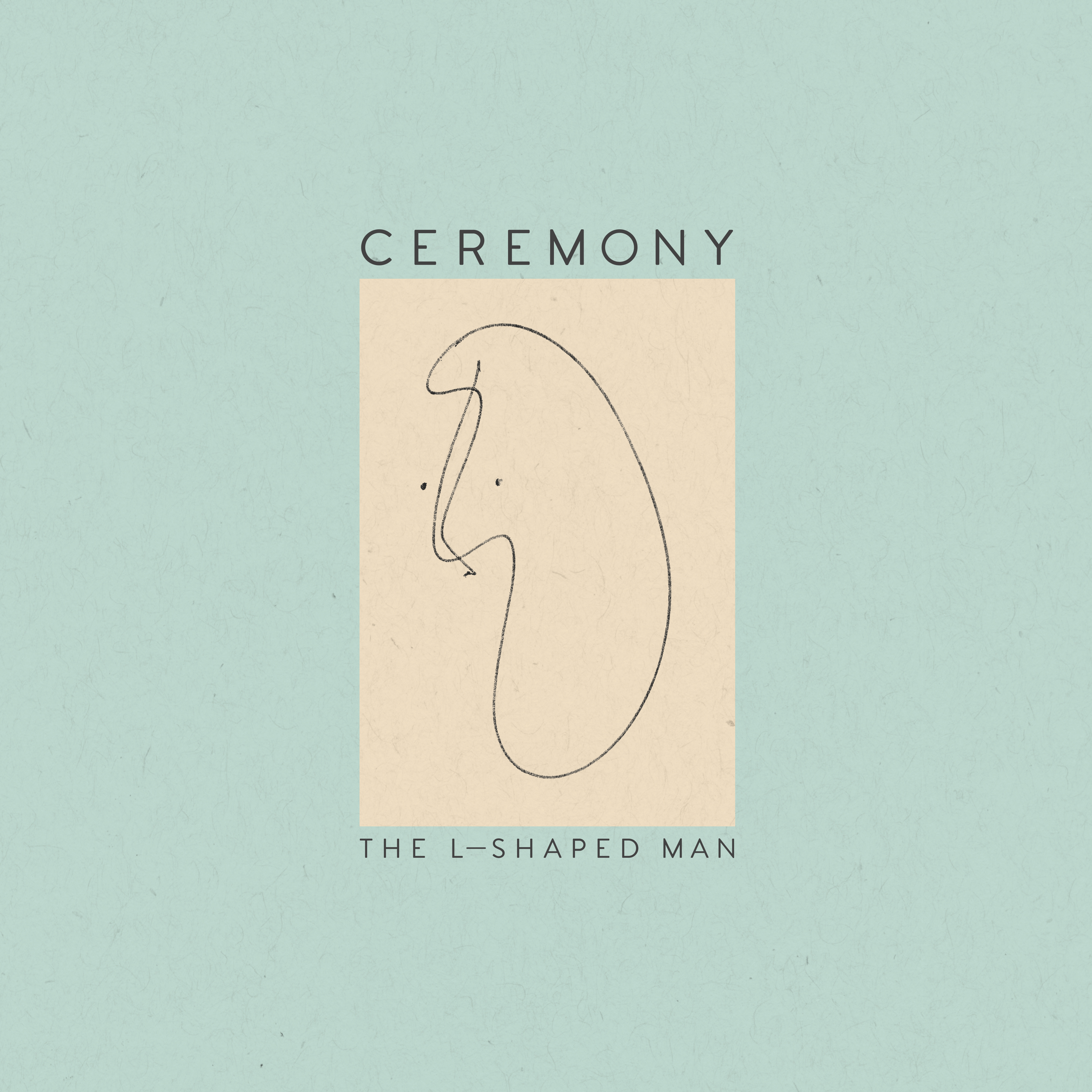 For their fifth LP, Ceremony have gone through a sonic evolution and an emotion wringer, making ‘The L-Shaped Man’ an entirely different prospect from the brutal hardcore that populated the band’s previous releases. A glacial stance has imprisoned Ceremony, one that’s constructed on looping rubbery basslines, mechanical drumming, icy repetitive guitar patterns and Ross Farrar’s baritone croon that replaces his formidable scream. Thematically, the record chronicles that feeling of loss and in particular a break up that Farrar was living through.

There’s no escaping it so I might as well say it now, ‘The L-Shaped Man’ mimics Joy Division in more ways than one. In the starkness of Farrar’s voice or the organic-cum-machine-like precision of how the doomy post-punk swells in intensity – such comparisons are impossible to avoid. The album is immersive and engaging but you can hear the infamous gloom mongers from Manchester in its DNA with shards of Interpol, Editors and the original man-machines Kraftwerk poking out from in-between the cracks.

‘The L-Shaped Man’ sonically occupies a murky, uncertain wasteland between anger, desperation and defeat – akin to when you’ve burnt with rage for so long you almost feel at peace with your pent up frustration. Lyrically Farrar’s is exposed and confessional; “nothing in this world is fine/nothing ever feels right/you have to tell yourself you tried/the pain will leave in the night” crows the vocalist in a typically bleak moment on ‘Exit Fears’. The austere blemishes don’t cease either with “you were lonely and wanted to die” typifying the deflated soul found at the core of Ceremony’s fifth effort. Abandoned sentiment is worn heavily in the album’s tracklisting with ‘Hibernation’, ‘The Separation’ and ‘Exit Fears’ all pointing towards loneliness attributed to a relationship that’s dissolved. The darkness of the record merged with Farrar’s plaintive delivery portrays the album like a monochrome kaleidoscope twirling in slow motion with hypnotic consequences.

There’s no faulting the raw emotions that are visible here, much like someone’s heart bleeding through their chest but if it’s noir post punk delivered with an unshakeable mystic you are after – look no further than ‘Unknown Pleasures’ and ‘Closer’ by Joy Division.