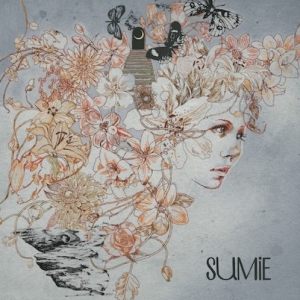 Sumie (the solo project of Sandra Sumie Nagano) makes her debut this week with a self-titled release on Bella Union. While Nagano is a relative newcomer, her press release notes that her sister is Yukimi, of Little Dragon fame. Rather than try to follow in the footsteps of her sister’s maximalist electro-pop, Sumie takes an introverted path on this record, with positive results.

Sumie consists almost entirely of quiet, finger picked acoustic guitar and singing. Both are close mic’d, a recording technique used on many other well-known new folk acts (e.g. Elliot Smith), giving the listener the sense that Nagano is sitting in the same room. Her voice is extremely fragile, and fits well with the intimacy of these recordings. There are a few moments that the record is truly spine tingling in its honesty – in particular, “Never Wanted To Be”, of which Nagano has released an equally chilling music video.

Sumie was recorded with Nils Frahm and Dustin O’Halloran at Frahm’s studio in Germany. Both artists have deep roots in minimalist/ambient music, and while the album mainly rests in Nagano’s hands, there are times where both producers will add delicate piano flourishes. These brief moments, in addition to Sumie’s occasionally double-tracked vocal harmonies, remind us that the album took place in a studio environment, not live/single takes as suggested by the recordings. While these additions are done tastefully, Sumie’s voice and songs are so beautiful that they would almost benefit from a complete lack of digital enhancement.

Ultimately, Sumie is an understated record that doesn’t want or need to break any moulds. It’s an all too brief journey through Nagano’s sobering melodies that will make for a great listen on the coldest winter nights.