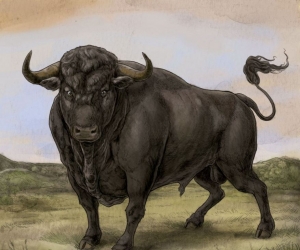 Brooklyn-based band San Fermin are to release their new, self-titled album out on Downtown Records this September. Led by 23-year-old composer Ellis Ludwig-Leone their music is a mix of post-rock, chamber-pop and contemporary classical composition. Influenced by his unique taste in classical music and a background which includes a job assisting composer Nico Muhly.

Apparently, after finishing his musical studies at Yale, Ludwig-Leone wrote the album in six weeks in a studio on the mountainous border between Alberta and British Columbia. Focusing on youth, nostalgia, anxiety and unrequited love the album includes vocal contributions from his longtime friend Allen Tate, as well as Jess Wolfe and Holly Laessig. Ludwig-Leone composed all of the album’s arrangements and lyrics in full before collaborating and recording, noting, “writing for a large group of unknown musicians infused the writing process with a kind of operatic scope.”

“Renaissance!” opens the seventeen track album with a lovely use of strings and mix of sweeping instrumentals to accompany Allen Tate’s wise voice full of emotion and a sound not dissimilar to The National’s Matt Berninger. “Crueler Kind” sees female vocalists harmonizing and reaching high notes to really contrast with the first track. Trumpet and violin add to the intense sound layers of this track, which infuse with the catchy chorus; “I wouldn’t worry, I’m not about to fall in love again”. Haunting violin really brings a new set of feelings to the musical interlude “Lament for V.G.”. “Casanova” carries on these sad emotions with Ludwig-Leone’s velvety voice “No I can’t fall asleep in your arms, so tell me a story and I’ll put myself to sleep”.

The first track released from the album, “Sonsick,” tackles many of the album’s main themes, “I was near the end of a relationship and, not coincidentally, the song contains a direct and brutal confrontation between opposing views on the subject,” Ludwig-Leone says. “I realized that the most intense moments are the ones in which conflicting emotional worlds exist inside you, equally, at once.” Soft, interesting and melodic whilst also loud, brash and shouty in parts – the two sides of an argument show in the contrasts within the song.

“Methuselah” is one of the more calm, stripped back songs on San Fermin and a beautiful addition. Male and female voices join for the chorus; “I don’t think of you when I’m missing you, are you thinking of me now, Methuselah?” Another instrumental interlude, this time filled with piano “At Sea” joins the tracks in a sweeping manner, as does the quiet xylophone in the brief “In The Morning” later on. And it’s these little details that bring together the various different themed songs and huge amount of talent that San Fermin are made of.

“Bar” is steady and rhythmic, whilst “In Waiting” is a dramatic, tense and experimental contrast filled with quiet chanting; “I am waiting,” repeated throughout. “True Love, Asleep” is equally sparse and atmospheric before “Oh, Darling” is more of a lullaby or a soft ditty – it’s clear the band really stretch their themes and emotions. San Fermin have produced a unique mix of tunes clearly influenced by classical music but also accessible and interesting enough for listeners to sit up and take notice.