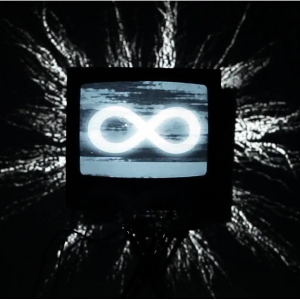 Roll up! Roll up! To Cults’ seaside, evangelical funfair! That’s what the New York pair’s latest LP, Static, screams at the top of its lungs. If there was to be an amusement park, somewhere on the south coast of the UK, and it had to be run by a band, Cults would make the perfect proprietors. Not because they’re wildly hedonistic with the taste for candyfloss and rickety rollercoasters; it’s their woozy sound that incorporates 60’s style girl-group pop with the easy charm of garage rock that puts Cults somewhere between the bumper cars and the waltzers. The duo’s use of swirling organ and rousing string sections attributes the heavenly slant to their latest effort, hence the divine leanings.

It’s hard to pinpoint as to whether Static is a garage rock record with a smattering of textured atmospherics or if Cults have forged a nostalgic sounding pop record for the modern day with the slightest nod to rock ‘n’ roll’s bloodline. Regardless of how Static will be pigeonholed, Brian Oblivion (isn’t that the coolest name ever?!) and Madeline Follin have crafted an album that’s steeped in vintage appeal but never does it sound like a dusted off relic from days gone by. ‘So Far’ contains tumbling guitar riffs that give way to a wall of sound, ala Phil Spector that is treated to the most robust volley of beats. A hum of static whirs whilst Follin’s vocals resemble a child-like Cyndi Lauper but with an added sense of longing to her voice. Floating on a cloud of romance, ‘Always Forever’ is the least sickly, sweet song about devotion we’ve heard in some time, with the vomit factor turned down to minimum levels, Follin coos “You and me always forever” whilst during the song’s chorus the vocalist declares “you know you’ve got me in your pocket”. Side stepping rock ‘n’ roll’s fascination with “fuck ‘em and chuck ‘em”, Cults just want to settle down with the person they want to spend the rest of their life with.

‘Were Before’ is where Oblivion and Follin trade verses over a trip-hop style sonic tapestry that recounts Massive Attack their most cinematic. The dynamics shift – as you think the track is a fug of dope smoke – into something with assertive purpose, propelled by Follin’s transformed, full bodied vocals. ‘Keep Your Head Up’s opening organ notes are pure seaside, picture postcard snapshots, while the moody strums of ‘We’ve Got It’ rub up nicely to a ghostly trill of organ that references the aforementioned 60’s pop of back in the day.

Rich and timeless, Static is the soundtrack worthy of a kiss me quick hat and quick spin on the tea cups.