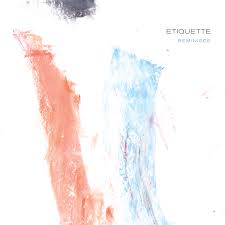 Julie Fadar and Graham Walsh, two long-standing members of the Canadian alt-folk and post-punk community, have joined forces as synth-pop duo Etiquette. Julie and Graham’s debut album, Reminisce, is due on March 24th on Toronto record label Hand Drawn Dracula. Julie is an acclaimed visual artist and has provided guest vocals on a number of other band’s albums including Great Lake Swimmers. She also released an album under her own name in 2009 titled Outside In. Graham is a member of the electro-punk act Holy Fuck and is also a producer and engineer for hotly-tipped bands like Metz, Viet Cong, and Alvvays.

As Etiquette, Julie and Graham have created a nine-song album that is not like anything that they have produced before. Reminisce is a study in contrasts. An emotionally-subdued Julie softly sing-talks in a pristine, but brooding tone against skewed, time-out-of-time synth lines, faster beats, and percolating electro-blips. This mix is intriguing on a song per song basis, but over the course of the album the songs tend to blend together into one tedious, slow-motion sonic blur. Another issue is that each song is too reliant on repetitive, short cycles of synths, bass line, or guitar motifs. Lastly, Julie and Graham seem to revel in certain dissonant sounds that are a turn-off to finely-tuned ears expecting an all-enveloping, hazy, dream-state aural atmosphere of faded memories and reflective recollections. Mid-range, sharply discordant, sustained synth sounds take the place of mellifluous, melodious synth lines on most numbers.

There is an interesting, funky percussive undercurrent running through several songs on Reminisce (like the slick groove lurking in the shadows of “Pleasantries”) and it would have been a blast if Julie and Graham had gone for broke and crafted an all-out dance-funk album! But perhaps there is an ulterior motive to the noise. Maybe Julie and Graham want to create an unsettled, discomforting environment that equates to the emotional upheaval that can be triggered by focusing too closely on the past…

“Outside In” is perhaps the best of the bunch, with Julie reconstituting her solo album title into a song that is rich with her pensive, but clear ruminations, a warped-synths, early Cocteau Twins-like displaced ambience, brighter synth notes, and subtly burbling beat. Julie takes her time, lingering over her words, gently and longingly musing “Outside in / a bruised feeling / outside in / it’s enveloping.” “Brown And Blue” is another slice of off-kilter, contemplative synth-pop with continuously wavering strokes of synth notes competing with zippily flitting electronic pings, and a slinky, thrummed bass line that keeps it lively. Julie elongates her words delicately as she looks “…around this place / so far from our home / wherever that is.” The lyrics may drift and dream like a downcast reverie from Julie’s lips, but the louder and repetitive synth lines take a toll on the pining-for-a-time-gone-by vibe.

The dissolution of and reminiscing over relationships forms a majority of the lyrical content, with Julie ruefully asking “What did I do wrong this time / – in your mind?” on “Pleasantries” and proclaiming “Promising promises / You can’t keep your word” on “Promises”. Some songs start off strong, like “Attention Seeker” with Julie singing in a hushed, sultry tone “…you want me to cry for you / and all you’ve been through”, but soon the warped, soporific synth lines become monotonous and recall previous songs. Julie and Graham seem to be working from a similar blueprint on most songs, so it becomes difficult to distinguish one from the other.

Pocking electro-notes dot “Twinkling Stars” and the song does show some gumption in its pushy, laser-blip beat and quicker tempo. A starry-eyed synth strut and crisper beat are featured on “On And On” with a grinding bass line that drives it forward. It’s time to play ‘Guess-The-Noise’ on “Sleep To Wake” as repetitive runs over a corrugated plastic tube can possibly be heard amid a rhythmic groove, yearning synth notes, and ticking drumstick beat. Album-ender “Island” is the most complex and developed song on the album, especially lyrics-wise, and it incorporates organ notes, a sporadically hit beat, and fleeting electo-blips. Once again, Julie looks back at the past, stating regretfully “You kicked up quite a fuss / and then you laid the blame on us… / Do you even remember that?” For better and worse, it will be hard to recall the tunes on Reminisce for that long… 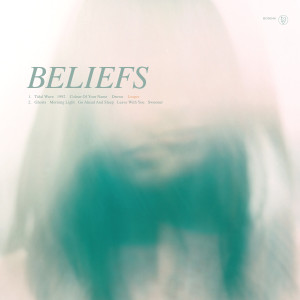 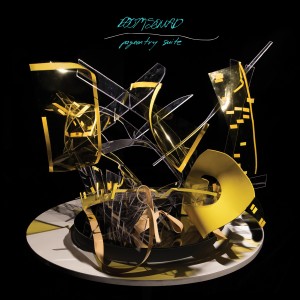