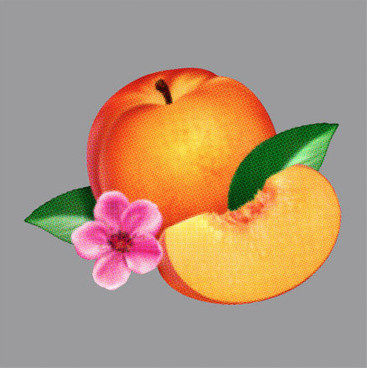 It’s a rather appropriate title for record, Bankrupt! when you consider must countries are heavily in debt and with that, retailers and industry are on the skids some what. The moniker for Phoenix’s fifth LP perhaps snapshots current affairs to a degree but sonically it has more of a link with bold 80s synth pop. The 80s was all about excess, garish and brash statements of gluttony which then lead to a financial collapse, hmmmm, there’s a theme here?

Following up on the hugely successful Wolfgang Amadeus Phoenix was always going to be a challenge and this time around the band stated they wanted to avoid the pop sounds of WAP and lean towards a more experimental aural experience with its follow up. Strangely although their fourth LP had pop tendencies, ultimately it’s an accessible indie-pop record that your Justin Bieber fan would like, next to your thrift-store wearing Kurt Vile follower. What’s even more of a puzzler is that Bankrupt! is a massive pop record steeped in 80s synths and clutches of funk-lite guitars. The experimentation crops up throughout the record mainly in the sense that the majority of songs don’t stand still for long, surging from keyboard demo like electronics, somber moments, choppy riffs and pretty much everything in-between. A varied sound is always palatable but in the quest for the outlandish it feels like Phoenix have adopted the “emperor’s new clothes” direction to music because in attempting something experimental, their new album appears cluttered with the overwhelming feeling of bold is best, especially when it comes to the over use of incessant electronic snippets.

There are instances when the experimentalism comes over brilliantly, ironically on the title track. It would seem their on-stage collaboration with Daft Punk at Madison Square Garden in October 2010 has permeated into this synth odyssey as their French counterpart’s robotic fingerprints are all over this drawn out voyage into distorted yet melodious digital freakiness. From heartbeat like thuds to a swelling wall of synth which is then broken by the frantic sound of what only sounds like an aborted fax transmission not before the whole thing segues into an ethereal strum along wrapped around Thomas Mars’ vocal. Less quirky but nevertheless, lead single and opener ‘Entertainment’ races with the sound of Oriental electronica and twanged guitars with sugar rush like results, these however are one of the few highlights on Bankrupt!

There are too many occurrences where the Parisians latest effort sounds like a cast off from the decade no-one wants to remember. ‘Darkkar Noir’ contains an irritating lyric of “in the jingle, jangle, junkie jungle” whilst sounding like you are imprisoned in a roller disco. ‘Chloroform’ is when Miami Vice channels dubstep, two things that should never work, don’t. ‘SOS in Bel Air’ pilfers the carnival vibes championed by Friendly Fires but still maintains the whole 80s stuck in a rut notion. It’s almost like every song has to include a twee keyboard motif that sounds facsimiled.

It would be obtuse to claim Phoenix are themselves flat broke, when it comes to Bankrupt! the more prudent approach would have been favorable and indeed a more lucrative option. The Frenchman aren’t due a bailout by The World Bank quite yet but their own personal (musical) finances could do with being reviewed.