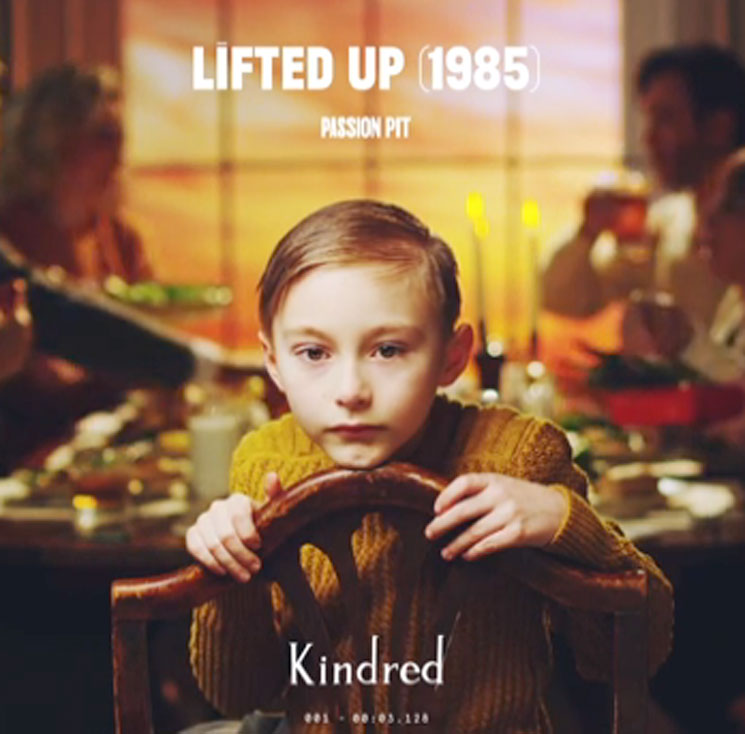 Everyone’s favourite human chipmunk Michael Angelakos aka Passion Pit returns with his third LP, ‘Kindred’ – an album anchored on synthetic wafts and bleeps and of course, Angelakos’ infamous squeaking vocal. Upon constructing album three, Angelakos took to reimagining sounds; the protagonist would run his own voice through computers and pedals, transforming his own dulcet tones into manipulated synth lines and squelching soundscapes that drip with glossy pop nuances.

Whereas previous records had a playful side, they also came with a sophisticated edge, ‘Kindred’ in comparison lacks a classy persona, akin to turning up to a dinner party in a gold Lamé three piece suit. Numerous tracks appear to be trapped in some kind of 80’s pastiche and the somewhat cultured delivery of yore has been substituted for a full on pop assault, which cynically feels like an album begging to be embraced by daytime radio – instead of earning it by merit. ‘Five Foot Ten (I)’ bounds along like an irritating puppy, and it’s sibling track that closes the LP ‘Ten Feet Ten (II)’ is just an autotuned rehash, making that annoying dog yap even more aggravating. And who still uses autotune anyway?! Opening number ‘Lift Up (1985)’ is a fist pumping pop juggernaut in-waiting and no doubt will sound great when the sun is shining at summer festivals but on record it lacks substance and it’s booming chorus just sounds vacant. When the pace is slowed down, things slide into cheesy 80’s ballad mode – ‘Where The Sky Hangs’ has lyrics that would embarrass a 12 year old would be poet – “It goes up/it goes down/it goes any way the wind would like to throw it around/I was lost/now I’m found/I put my hands to the air/and my knees to the ground”.

‘Kindred’s predecessor ‘Gossamer’ was overshadowed by Angelakos’ personal battle with depression, which resulted in numerous gigs being cancelled. ‘Gossamer’ itself had embellishments that pointed to a less than happy state of mind for the Passion Pit man – however ‘Kindred’ sonically beams with optimism, there’s no escaping how upbeat the LP sounds. Lyrically, there are shards of melancholy and feelings of detachment but on the whole it’s good to see Angelakos in a better place.

‘Kindred’s undoing is not the experimentation, this is something to applauded – Angelakos’ latest output is too much of a sugary experience; I’d recommend brushing your teeth before, during and after listening.