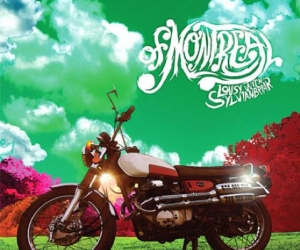 Avant-garde lyrics that sound like poetic reflections and instrumentalism that can be at once uplifting and cynical; this is the reverberating aesthetic of “Lousy with Sylvianbriar,” the latest album from ‘of Montreal’.

“You like to think that you can live beyond good and evil, amputated from humanity on some life long intellectual retreat,” sings Kevin Barnes on “Obsidian Currents,” the beautiful and philosophically rich second track on the LP. “Everything is conceptual and all is rhetorical, you can feel so powerful, when you’re forced to face the physical world, you scurry like an insect.”

And when tracks retreat into this intellectual pondering, there are always tracks like “Belle Glad Missionaries” and “Triumph of Disintegration” to bring back the rock and roll. But that’s not to say these tracks lose Barnes’ lyrical touch—that remains throughout the album in typical of Montreal fashion.

But the variation in tracks is important to the presentation of the LP as a whole. Rather than just 11 tracks compiled together, the tracks have meaning and narrative—a rare occurrence. And what ultimately propels the album is the lyricism. Of course, lyrics are an integral part of any album, but of Montreal uses lyrics in such a specific and calculated way that it’s impossible to deny their power on this album, or any of Montreal album for that matter.

The lyricism can, however, become overwhelming if you’re not ready for an onslaught of heavy intellectual verses matched with plenty of “oohs” and “aahs.” But if you give the verses a chance, any hesitations are instantly smoothed over with the group’s uncanny ability to put together beautiful and triumphant choruses. Take “Colossus” as an example, the lyrics are heavy to the point of depression but by the end of the song, the mood is lifted to hopeful content.

It’s this transitional ability that drives the pace of the album. And this is what makes “Lousy with Sylvianbriar” such a huge success. If you’re unfamiliar with of Montreal, you’ll feel right at home and if you’ve been following them for a while, you’ll see definite aesthetic similarities with a new narrative; it’s an overwhelmingly superb album to say the least. 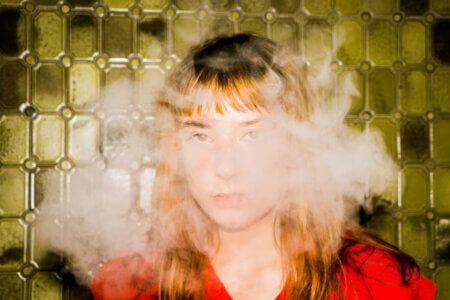