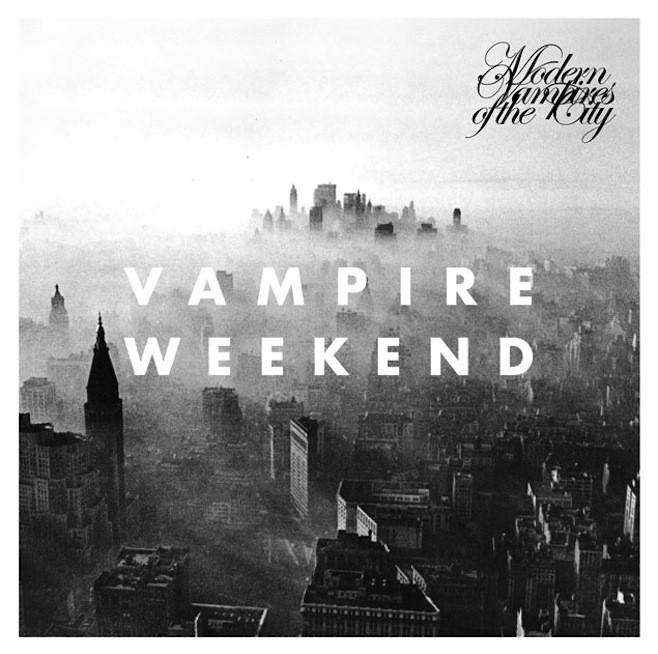 Modern Vampires Of The City

Modern Vampires Of The City will be the third studio album to be released by Vampire Weekend and is out this month on XL Recordings. The American rock band formed in 2006 and have since released two successful albums. For the first time, on this record they brought in an outside producer Ariel Rechtshaid who is known for his work with artists Major Lazer, Alex Clare, Murs and Plain White T’s to name but a few.

Perhaps as a sort of PR stunt for the album, back in February the band tweeted “NYT Classifieds” and sure enough, published as the sole entry under the “Notices & Lost and Found” column is the name of the album Modern Vampires Of The City. The tweet certainly left some fans confused for a while. Now revealed, the cover art is a photograph by Neal Boenzi taken in 1966 of the smoggiest day in New York City history. The album’s sound is a move from the previous release Contra to a more experimental vibe with the help of the use of pitch shifting equipment.

“Obvious Bicycle” opens Modern Vampires Of The City with melody, interesting and varied percussion including what sounds like tins bumping and scraping, Ezra Koenig’s now recognizable clear sounding vocals and a dabble with the piano. In “Unbelievers” he shouts out a message about fate and love; “I’m not excited but should I be? Is this the fate the world has planned for me? I know I love you..”

Koenig’s vocals sound slightly affected at the beginning of the track “Step”, an energizing song with an infectious rhythm and lovely use of synth combined with piano. The song has been pre released along with another track “Diane Young”, a similarly up beat song in which the lyrics “Baby, baby, baby, right on time” are almost yodeled! The piano in the beginning of “Hannah Hunt” is enchanting, the mood then shifts back and forth with the introduction of a slow simple drum beat. The lyrics evoke thoughts of lazy days shared with another; “You and me we got our own sense of time…”.

Strings combined with synth melodies introduce “Everlasting Arms” whilst Vampire Weekend go back to a more heavy use of piano and drums in “Ya Hey” which has also been released as a single already. The final track on the release is a short one. In “Young Lion”, single piano notes catch attention before speeding up – the band chime in together “You take your time, young lion”. And certainly, the different use of instrument and percussion in Modern Vampires Of The City give Vampire Weekend a striking sound, different from many of their contemporaries. Yep, they’re still ahead of the game.