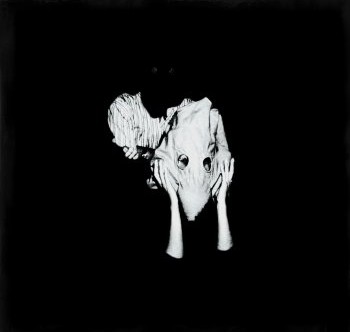 Normally associated with desolate tundra’s and blasts of icy swathes of calm, Sigur Ros have incorporated a more aggressive tendency into their seventh output, Kveikur. From the outset the Icelandic band dismantle any notions of the serene with opening gambit, ‘Brennisteinn’, roughly translated as Brimstone and the Anglo take on the tracks title is befitting the flaming belches of noise and distortion that kicks off the band’s latest sprawling epic. Rumbling into place shrouded in jarring noise and discordant static, Sigur Ros have adopted a nightmarish bent that permeates for the album’s duration. Sounding like it would sit nicely on Massive Attack’s brooding LP, Mezzanine, the post-rock troop have taken their template ambience and wrapped it around something eerily malevolent.

The trio haven’t completely jettisoned their dream pop status, ‘Isjaki’ (meaning Iceberg) is a steady hum of atmospheric noise with the occasional shrill of grating malice but its frontman Jonsi Birgisson’s falsetto that keeps the song from dissolving into something that would give children nightmares. By far Kveikur is a darker endeavor than Sigur Ros’ previous work; the commencement of ‘Yfirboro’ is one long mournful yawn that invokes tall shadows and bewitching feelings of being unsettled. Although the song drops into a galloping stride with a cloud of sonic mist hot on its tail, the experience feels panoramic, akin to casting your eyes across a desolate wasteland.

Ultimately the whole album hangs off the band’s new found use of searing cacophony; the title track marauds like Godzilla tearing down another city with the sounds of iron girders being bent while ‘Rafastraumur’ dampens the melee of its kin for a slant more suited to Arcade Fire, adding an anthemic string to Sigur Ros’ bow. ‘Var’ brings the album to a close with disconnected piano merging with the sounds of orchestral strings being stretched and tortured to their limit. If Kveikur starts like the opening salvo of World War 3, then ‘Var’ is the post-apocalyptic full stop after mankind has been eradicated from earth, not so much the calm after the storm but the stillness after the bomb has dropped.

Once the kings of serene now Sigur Ros are the purveyors of something more sinister, something wicked this way comes.