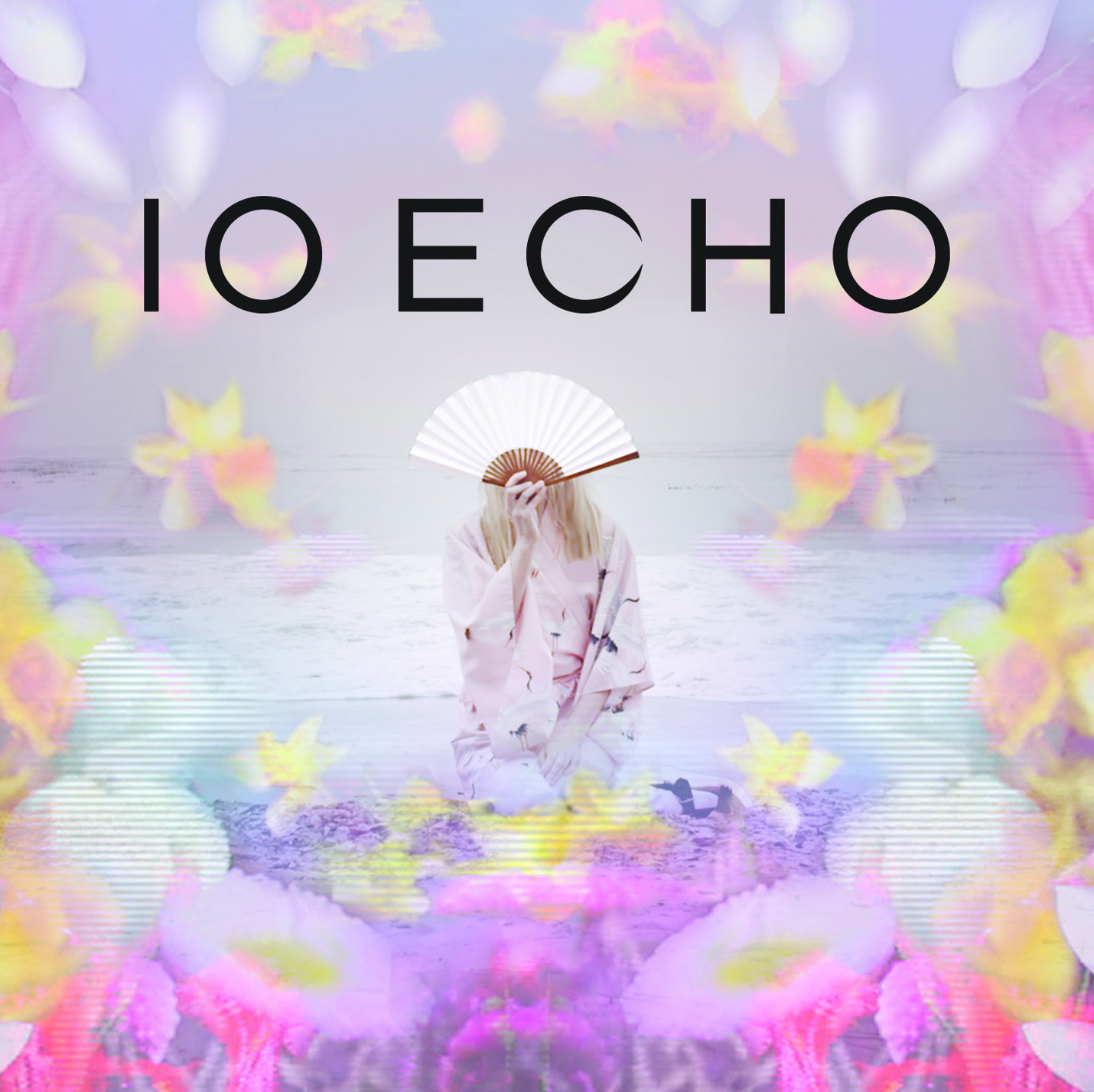 I’m starting to get the impression that I’m becoming the go-to reviewer for space related music albums because of my day job as an astronomy educator. It hasn’t really worked out so far though as the music that I’ve heard hasn’t really captured the wonders of the cosmos as I had hoped. So upon seeing the band name Io ECHO, I was a bit cautious albeit intrigued by the concept of light echoing towards Earth from one of Jupiter’s large moons. “IO ECHO” is not really a standard concept, but it could also reference 2001 or 2010 Space Odyssey and the Monolith echoing messages, but then again it could have nothing to do with space at all. IO ECHO are for our purposes a shoegaze band that feature the haunting vocals of Ioanna Gika, which might be the ultimate clue as to where the name came from. Nevertheless the debut album Ministry of Love from this Los Angeles based group, that also features guitarist Leopold Ross, is a luscious upbeat droning pop album that is an inspiring first effort.

Io Echo are a band influenced by everything from goth to grunge pop, but on their debut album they’ve also infused some Asian sounds which is being called “new Orientalism”. The first track “Shanghai Girls” has all of these elements, but also is very evocative of Siouxsie and the Banshees’ “Hong Kong Garden”. The song takes the classic “orient” notes, slows them down, adds deep drones, but keeps the soft female wail. I’ve always wondered where this “orient” sound actually came from, but you hear it often in non-asian music like in Bowie’s “China Girl”. My gut feeling is that it’s always been a North American interpretation of Chinese culture, and perhaps that sound was popularized in something like Gilbert and Sullivan’s “Mikado”. You’d almost say “Shanghai Girls” is a bit of Sioxsie rip-off, nevertheless it’s a great homage, and very cool track. “When the Lillies Die” is another reminder of where IO ECHO live, and that’s very much in the reincarnated state of Echo and the Bunnymen and other female fronted 80’s punk-pop bands. This track is sort of goth infused Bangles, which again, even being familiar, has a fresh sound to it, The title track and first single “Ministry of Love” is the signature song of the album, and will make most of the hot new playlists this year. It’s the thesis of the band to this point, a shoegaze track that rises above the floor with Ioanna’s vocals, It’s the juxtaposition of the dark sound and uplifting vocals that really makes the track outstanding. “Stalemate” and “Outsiders” are quieter tracks that bring the tempo down and while they don’t showcase the band at it’s best, they do act as welcome transitions to the latter half of the album. “Tiananmen Square” reinforces the “new orientalism” sound, and sees the band ramp up the politico energy, but it feels more positive and brighter than punk rock anger. “Ecstasy Ghost” showcases Ioanna’s haunting vocals to a goth beat, and “Draglove” is another song that brings classic shoegaze programmed beats and gives them some life. “Addicted”, “Berlin It’s All a Mess”, and “Forget Me Not” slow down the pace again, and while the sounds start to meld together to lull you into a trance, it’s a sweet sound you don’t mind falling into. “Eye Father” is the final track which completes the “orientalism” effort with some Japanese Koto Harps.

IO ECHO are a band like many that cut very closely to their influences when they debut, but “Ministry of Sound” works as an truly original work because those influences are so varied. Leopold Ross, a recording engineer who has worked on multiple movie soundtracks gives the band a very ethereal cinematic sound. The songs have interesting richness and depth to them, and are enhanced by the transcendent vocals of Ioanna Gika. They’re a band that should garner some positive attention, and one to be on the lookout for in the future.