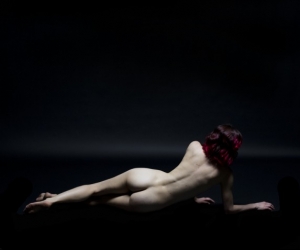 There’s something to be said about music that can be enjoyed in the morning hours — cup of coffee in hand and wind whipping leaves across the street. “Dominae,” the debut album from Ejecta, seems to be crafted for this very setting.

Vocalist Leanne Macomber accents uplifting, almost fairytale like melodies with ease and simplicity. And with the same grace as Purity Ring’s Megan James, Macomber defines Ejecta’s central ethos of less is more. Rather than losing Macomber’s voice in endless amounts of layers and effects, listeners get minimal yet meaningful instrumental work from Joel Ford. This minimalism makes Macomber’s voice stand out. But the vocals don’t stick to one attitude or emotion, they meander through different states of energy and passion, like a personal musing rather than a carefully crafted message.

That’s not to say that the album is messy; this meandering feels natural, organic, and refreshing.But with Macomber’s vocals being central to each of the ten tracks on “Dominae,” the album can easily become redundant after several plays. And not necessarily in terms of one track to the next, but more in terms of listening to the album over and over. Certain tracks begin to lose their initial charm while some, namely “It’s Only Love” and “Afraid of the Dark,” only grow better with each listen.

Given that this is the pair’s debut album, “Dominae” is quite the success, especially because it is quite good as well. Ejecta does a fantastic job establishing their style, attitude, and potential throughout the course of the album. It will be interesting to see how Ejecta evolves from this album both in the studio and in a live setting.

As a whole, “Dominae” works in a simple and sophisticated manner. It’s not overpowering and its subtleties carry it the extra distance to make the album significant.