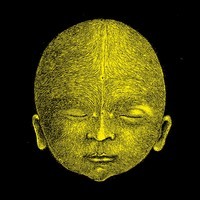 Brutal blues-punk isn’t normally the kind of music lapped up by politicians; however Tom Watson resigned from his position within the UK Labour Party by recommending that leader of said party, Ed Milliband check out the raucous two piece, Drenge. Watson discovered the twosome at Glastonbury this year and was prompted to share his love for the two brothers, Eion and Rory Loveless and you can’t blame him. Drenge pack an almighty wallop with just the power of drums and guitar and their debut self titled LP doesn’t dilute any of the band’s vicious impact.

Drenge’s first menacing offering encapsulates the adolescent ire felt during those awkward formative years, ‘I Wanna Break You In Half’ is a hormone enraged ball of fury which has Eion (vocals/guitar) declaring he’ll “make you piss your pants” whilst declaring he wants to snap an unnamed victim in two. The lacerating stomp of ‘Gun Crazy’ is propelled at dangerous speeds by scuzzed up riffs and pounding drums, with the frontman again delivering a cheeky missive of “I’m a c**t ‘cause I do what I want”. The pairings youthful stance is typified by the sleazy blues slink of ‘People In Love Make Me Feel Yuck’. The title admittedly is akin to a 14 year olds diary entry but the whirring slew of guitars, drums and Eion’s maniacal howl make for a song that is anything but twee.

The singles ‘Dogmeat’, ‘Bloodsport’ and ‘Face Like A Skull’ are all present in their ferocious glory and it’s testament to the rest of ‘Drenge’ as any song could easily become a single. The Loveless bros offer up aggression with a hint of pop that doesn’t weaken their primal snarl.

As you’d expect from a duo renowned for punishing blues-rock, their debut LP doesn’t lack in the pace department with the majority of the searing nuggets clocking in under three minutes. However after the one minute fuzz fest of ‘Bye Bye Bao Bao’, the brother’s Loveless lurch into the sprawling eight minute doom drenched ‘Let’s Pretend’. If the band can cut it rattling out two minute punk songs, when it comes to quadrupling that time, Eion and Rory comfortably pour their barbed racket into a much longer time frame. Starting off moody and almost at a crawl, the marathon like track slowly gathers speed, swelling to an unhinged cacophonous finale that has Eion screaming like a man fuelled by a blind rage while brother Rory fires out rotoblade like drumming while the whole thing implodes.

Drenge translates as boy in Danish and with the intense, unrelenting assault Eion and Rory Loveless are thrashing out as whippersnappers just imagine the commotion when they’re mænd (Danish for men).