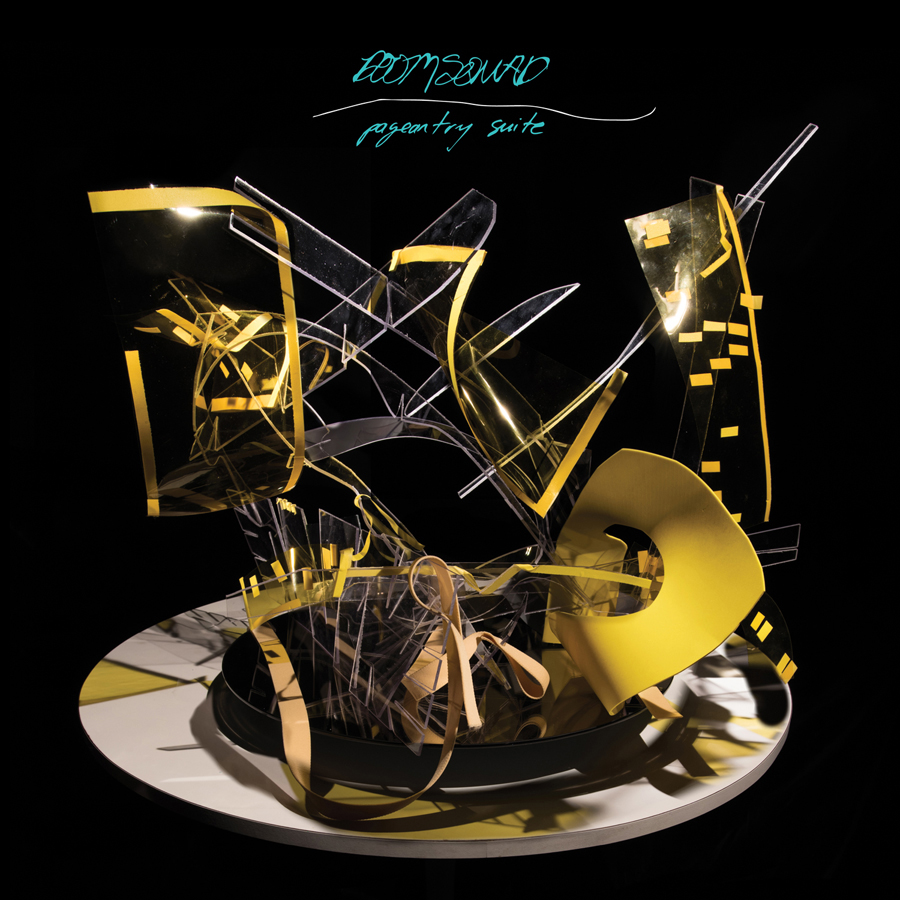 Doomsquad may describe themselves as an art project, but the influences they pull from—like past label-mate Forest Swords and dance-punk collective !!! (Chk Chk Chk)—are anything but artsy. The trio of siblings behind Doomsquad Trevor, Jaclyn, and Allie Blumas, have evolved since 2014’s Kalaboogie, but Pageantry is a subtle step rather than a leap for the band.

Comprised of three original tracks, and two instrumental versions of those songs, Pageantry begins on a drone and quickly picks up funk and world-beat vibes. “Two-Way Mirror” is a slow burner, moving in and out of wacky synth sounds reminiscent of Architecture In Helsinki’s more off-kilter recordings, mixing vocals from all three members in call-and-response patterns.

“Apocalypso” is a comparatively more watery track. The bass backing has a bit-tunes quality to it and the whole song would fit perfectly in a psychedelic water world level of Super Mario. Here, everything is fluid and graceful and seamless, eschewing the eventual danciness of the EP’s opener for a full-body high that gradually peters out, revealing the stitching beneath the persistent drum beat and bass fills.

EP closer “Ice Storm” is the most satisfying of the three for its omnipresent marching drum and its chanted lyrics. Glacial melodies simmer on top of classic funk guitar licks, even if at 7:42 it well overstays its welcome.

What makes Pageantry more than a mediocre EP is its inclusion of two instrumental renditions of its tracks: “Two-Way Mirror” and “Apocalypso”. Trying to determine whether the band is more cohesive without its vocal equivalent inserted into the mix is a fascinating mind-game and one of the few sources of unexpected joy that Pageantry brings to the table. Fans of Forest Swords might do a double-take before realizing that the guitars are a little too asymmetrical for Matthew Barnes’ taste, and as interesting as it is to contemplate the emotional or kinetic differences between the instrumental and vocal-backed versions of each song, the additions feel much more like a “special features” section buried in the back of a DVD than they do proper inclusions.

Pageantry is a fun EP with some smart instrument arrangements and a cross-pollinated style all its own. Doomsquad wear their influences on their sleeves, but that isn’t a bad thing, just a boring one.