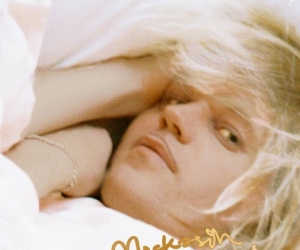 Although the style is overwhelmingly funky, New Zealand soul-mutant Connan Hosford doesn’t exactly bring sexy back with his sophomore album under the name Connan Mockasin. Where contemporary mainstream trends are pushing for that PBR&B sound, the kind of sound Mockasin achieves with Caramel are just as likely to instill a feeling of being weirded out rather than crank up the desire to bone. As ever, that all hinges on the freakiness of the individual (hail to the freaks!).

Recorded almost entirely by himself during a month of solitude in a Tokyo hotel room, in the aftermath of a family illness, Caramel sees Mockasin exploring the warped, vintage production value found in the funk tug-of-war between chillwave and vaporwave. This album is drenched in vaguely coherent nostalgia, sounding like a Prince album assembled by an algorithm with unlimited access to Ariel Pink and saturated VHS samples. In execution, its latent absurdity and lack of self-awareness lends it a more authentic feel than anything Toro y Moi has released.

Granted, “Nothing Lasts Forever” almost seems like a joke, barely lurching out of the starting gate to kick this album off on a downer. But as the track listing progresses, the weirdness factor kicks up a few notches. Mockasin gathers the reigns of his dilapidated style on tracks like “I’m the Man, That Will Find You” (a funk bomb that drips from your speakers like pimp juice) and “Do I Make You Feel Shy” (the coherency of which brings to mind a sweet exploitation film soundtrack from the late ’70s). The album’s centerpiece is its five part “It’s Your Body” suite, which contains some of the most experimental moments on the album interspersed with its most surprising riffs.

In the context of such a sexual album, the track “Why Are You Crying?” takes on a rather perverse feel, While the music sounds tinged with sorrow, the track is bookended by the sound of a woman exhaling in a rhythmic fashion that makes it hard to tell if she’s sobbing, screwing, or both, with the faint inclusion of grunting bolstering this insinuation. It’s that kind of mixed message that makes the album feel honest, a poetic expression of inner turmoil in sound and song rather than the market tested, crying millionaire persona that plagues populist R&B. That being said, the album closing “I Wanna Roll with You” seems to indicate that he wouldn’t be opposed to partying with Justin Timberlake. He has already collaborated with Lawrence Arabia, Fatboy Slim and Charlotte Gainsbourg, and toured with Radiohead and Warpaint, so that’s not that far of a stretch.

It must be said, though, that his 2011 debut full-length, Forever Dolphin Love was comparatively more expansive in focus. Although that album was several minutes shorter, it managed to touch on a wide sampling of indie rock style, from psychedelic-rock and dream-pop to downtempo space-rock and progressive ballads. It was like MGMT meeting the Lava Children for tea at Syd Barret’s house. The songwriting was impressive, creating dense lysergic pieces soundscape driven by warm bass, snappy drums, droning electronic effects, and thorough melodies, with classic timbres like trumpet and piano used sparsely but to great effect.

On Caramel, the Mockasin kaleidoscope is filtered down to only a couple colors, the gold and white of honkey funk. Where Mockasin previously allowed his voice to play freely on the more abstract border between lyricism and pure sound, his voice here tends to be delivered in his childish man-boy style, the pitch-shifted alien drawl, or both multi-tracked together. The overall sound of the album is far more singular, shooting his lo-fi aesthetic with a Vaseline lense that dulls the otherworldly dynamics witnessed throughout his debut. Simply put, if Forever Dolphin Love is a Technicolor dreamcoat, Caramel is a monochromatic housecoat. Chalk this one up to the sophomore album slump, ’cause the kid has a masterpiece in him somewhere. 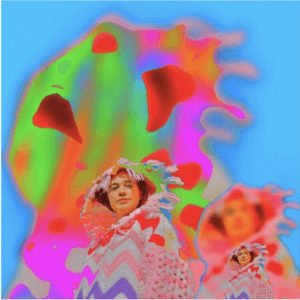