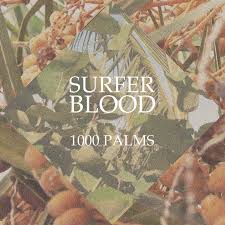 The sophomore slump is a common phenomenon, but Surfer Blood experienced it more acutely than most. Not only was the band’s 2013 major-label effort Pythons met with a lukewarm response, but frontman John Paul Pitts had recently been arrested for domestic battery, making it impossible to listen to the music without the experience being coloured by conflicted feelings regarding the singer’s personal life.

With that in mind, 1000 Palms is a clear attempt to recapture the magic of the band’s halcyon days. The group is once again on an indie label and it has abandoned studio polish in favour of the DIY approach, much like the one it employed on 2010’s self-recorded breakthrough Astro Coast.

Throughout the good times and bad, Surfer Blood’s output has always been characterized by bright, summery, ’90s-inspired rock and, in that regard, 1000 Palms doesn’t disappoint. The band’s pop instincts are particularly sharp on the bubblegum ditty “Sabre-Tooth and Bone” and the slow-burning “I Can’t Explain.” The latter is a cinematic chronicle of romance on New Year’s Eve, and it culminates it honeyed refrain of “You’re the only one, girl.” The pitch-raised backup vocals of opener “Grand Inquisitor” are a little too goofy for their own good, but it’s all part of the album’s sense of sonic warmth.

What ultimately makes 1000 Palms a success is its lyrics, which are filled with conciliatory warmth and plain-spoken optimism. Although Pitts never overtly refers to his 2012 conflict with his ex-girlfriend, it’s easy to read between the lines when he sings, “A shadow fell on me today / It paralyzed my tongue, it eclipsed my brain” on “Island,” or, “Sometimes I feel lost and lonely in my skin / There’s no equilibrium” on “Feast/Famine.” And the dreamy shimmer of “Point of No Return” contains the good-natured send-off, “I’m happy for you / If you’re happy too / So let me go.”

But what stands out the most about Pitts’ words is his portrayal of finding redemption in a healthy relationship. “Now I can hear the French horns playing / Through all the dissonance,” he reveals on “Sabre-Tooth and Bone.” On the quirky barbershop-rock ditty “Into Catacombs,” he sings, “I was swimming against the years / But now moving forward feels better.” Album closer “NW Passage” mixes tropical bird calls with soothing campfire pop, and in the final moments, Pitts intones, “When we were right at the threshold / You showed me how to fall / You told me to learn but not to hate / Forgive, forget.”

Listeners will never know the exact events that led up to Pitts’ infamous arrest — his recently shared account of the night is very different from his ex-girlfriend’s original police report. But even through it’s difficult to fully appreciate Surfer Blood’s music without being reminded of this ugly incident, 1000 Palms at least suggests that it’s possible to find peace after hitting rock bottom. 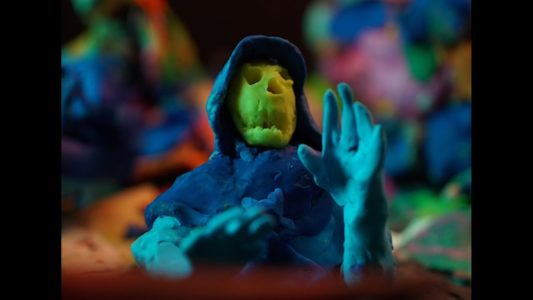 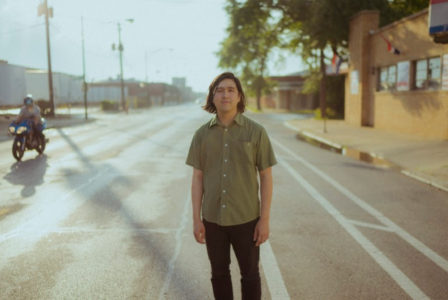