Haunted Hearts is a husband/wife duo comprised of Brandon Welchez from Crocodiles, and Dee Dee Penny from Dum Dum Girls. After finding success with their own projects (both have released critically acclaimed albums in the past year), the two wrote and recorded their debut collaboration together. On May 27th, the band will release Initiation on their own imprint, Zoo Music.

While Initiation may not immediately resemble Welchez or Penny’s main groups, it shares a sonic connection with both Dum Dum Girls and Crocodiles alike. The album opens with “Initiate Me”, a song that bears more than a passing resemblance to The Bangles’ “Walk Like An Egyptian”, subtle percussion, studio tricks and all. Like Dee Dee and Welchez’s previous work (and The Bangles, for that matter), the song is a playful pop/genre exercise on the surface, but contains a gritty edge that reveals itself in the breakdown. Initiation thrives by making these two seemingly mismatched sounds cooperate: the grotesque (blown-out, direct guitars) and the beautiful (the harmony and interplay between the two’s vocals). “Up Is Up (But So Is Down)” uses the same basic songwriting tactics, but its focal point is a looped breakbeat rather than a guitar line. The loop sounds so immediately familiar; it could be lifted from a number of Brit-pop or early shoegaze songs, and yet it still serves its purpose wonderfully: it carries a song that would otherwise run the risk of dragging.

There are moments where it’s tempting to pull autobiographical references from the lyrics, as many critics often attempt to do when a band contains internal relationships. On “Up Is Up”, there’s a moment where everything but the drums and vocals drop out, and Dee Dee/Welchez sing in unison: “piercing eyes of honesty say I love you ‘til I’m dead”. On “Something That Feels Bad Is Something That Feels Good”, they turn around completely, using bondage as a metaphor for codependency: “It’s alright, you can tie me up if I can tie you down”. From this varied subject matter, one gets the sense that Haunted Hearts are more interested in storytelling and the human condition than they are referencing their own marriage. Welchez and Penny should be applauded for this, as it makes their lyrics inviting and mysterious.

Initiation is a strong debut from two songwriters with proven track records. Given time to grow, it could reach the same level of credibility Dum Dum Girls and Crocodiles have enjoyed. 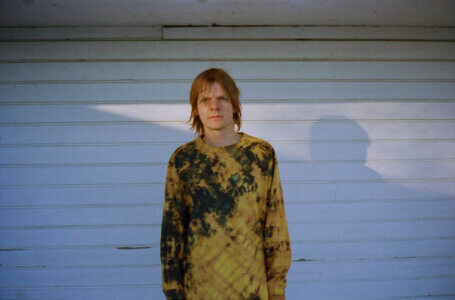