A lot has happened in the time since Pixies last put out a record. In the 23 years since a long player has surfaced with the Boston band’s name emblazoned across it, we’ve succumbed to Facebook, iTunes transformed the way we consume music (for better or for worse you can decide) , the 9/11 attacks changed the world forever and Justin Bieber was spawned. Some events have affected our lives for better and some for worse but suffice to say it’s been a damn long time since Black Francis and the gang graced our ears with some new music.

Initially disbanding in 1993 after forming at the University of Massachusetts Amherst back in 1986, the then four piece (we’ll get to the newly amended trio in a tick) forged a glittering career spanning five records and countless accolades from fans, critics and peers. Many acts like David Bowie, Nirvana, U2, The Strokes and Pavement to name a few have declared their affection for the pioneers of “loudquietloud”. Kurt Cobain took the influence of Pixies so far, ‘Smells Like Teen Spirit’ was said to be inspired by the quartet’s style. Fast forward through the 11 years of reformation rumours and subsequent solo projects and BANG! Pixies returned to the world stage for second stab at being a band in 2004, taking in the likes of Coachella, Lollapalooza, Reading/Leeds Festivals and countless other high profile shows. A decade would roll by with the outfit traversing the globe, rattling through greatest hits sets and turning their hand to the new customary “anniversary album tour” with seminal record, ‘Doolittle’ getting a full airing in 2011.

It would seem on the surface, the newly reformed alt-rock legends were happy being a heritage act, ploughing through their rich back catalogue from yesteryear. Unbeknown to the wider world, the band decamped to Rockfield studios in North Wales with Gil Norton for a series of sessions in 2012 that would spawn a splurge of new, fruitful material. But with this being Pixies and their legacy is something of a turbulent affair, iconic original bassist, Kim Deal decided pushing the group into 2014 with new jams wasn’t for her, leaving just Black Francis, Joey Santiago and David Lowering as the outfit we know now. Refreshed and revitalised with the pursuit of new music firmly in their sights, the three piece carved out three EPs, entitled EP1, EP2 and, you guessed it, EP3. These extended players have now been amalgamated, with their track listing shuffled around to birth the first record with a Pixies name on it for 23 years, ‘Indie Cindy’.

Back story, legacy and tumultuous affairs aside, ‘Indie Cindy’ reels out like it’s being performed by a unit without pressure or expectation. Sounding fresh and vital, it would seem a whole decade and then some has served the band well. With Pixies being Pixies, their sixth album wriggles with a predictable unpredictability – there’s the shifting dynamics from loud to quiet back to loud and somewhere in-between, riffs are colossal and down turned with shards of dirtiness dripping from them but on the flipside, moments of restraint and poise aren’t too far away. Back in the day, where the collective would bombard us all with unrelenting erratic assaults of noise, such tangents are offered up with meticulous precession. ‘Indie Cindy’ still boasts a sumptuous volume level but the cacophony is measured and executed with poise instead of an itchy trigger finger.

Akin to starting the race back to music’s frontier land with a bazooka, opening track ‘What Goes Boom’ kicks things off with a visceral clarion call. Rekindling the heady days of grunge and alt-rock, the lust of searing noise and jarring fretwork is still firmly ingrained into the almost 50 year olds’ DNA. Composed outbursts and curve balls come in the shape of the title track and ‘Bagboy’. The former may commence hazily, like a shimmering sunset but any idyllic notions are extinguished by tumbling drums and a sawing riff. A drawn out refrain wheels out with Francis delivering a sped up spoken word vocal that recounts one of the best lyrics of the year “you put the cock in cocktail man!” – Juvenile or not, it’s a rib tickler. ‘Indie Cindy’ then ricochets all over the place from borderline serene to strung out and abrasive. ‘Bagboy’ injects a staccato bounce that aligns itself to hip-hop nuances, drum licks bound whilst guitars gnaw and moan. Again, Francis favours a spoken word style approach, like a deranged preacher in Hyde Park. To then chuck petrol on noise-rock’s glowing embers, ‘Blue Eyed Hexe’ flexes Pixies’ dissonant wares with a serrated guitar line and a stomping drum rattle combo. Black Francis transforms from preacher man to possessed loon thanks to a voice dredged up from the devil’s gut.

20 something years out of the game, in recording terms anyway, has meant the chaps from Boston aren’t quite match fit yet, mid-album tracks ‘Magdalena’ and ‘Silver Snail’ shuffle at an indifferent pace and lack the impact of their adjacent tracks. Maybe it’s because the rest of ‘Indie Cindy’ compels with urgency or poignant composure, these two numbers don’t quite cut the mustard. It’s the trials and tribulations of being such an iconic band, Pixies you’ve raised your own bar, expectations are high! And, although ‘Snakes’ possesses a killer mathy riff and a direct rock ‘n’ roll wrecking ball attack, lyrics like “snakes are coming to your town/in tunnels underground/some travelling overground” sound clunky and awkward.

‘Jaime Bravo’ caps off Pixies return to recorded life with a track in the same guise as ‘Where Is My Mind?’ – Which has Francis delicately chiming “goodnight and goodbye”. With ‘Indie Cindy’s accomplished return to the limelight, such proclamations of farewell must be ‘tongue in cheek’ as with a wealth of ideas and a regenerated vibrancy we can’t wait another two decades for new Pixies dust. 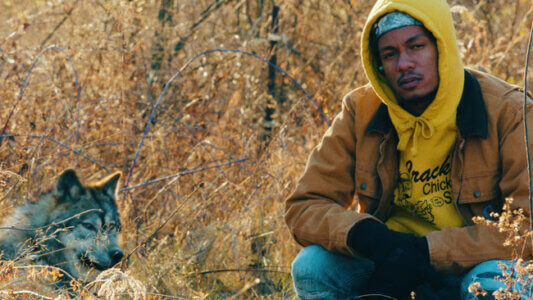