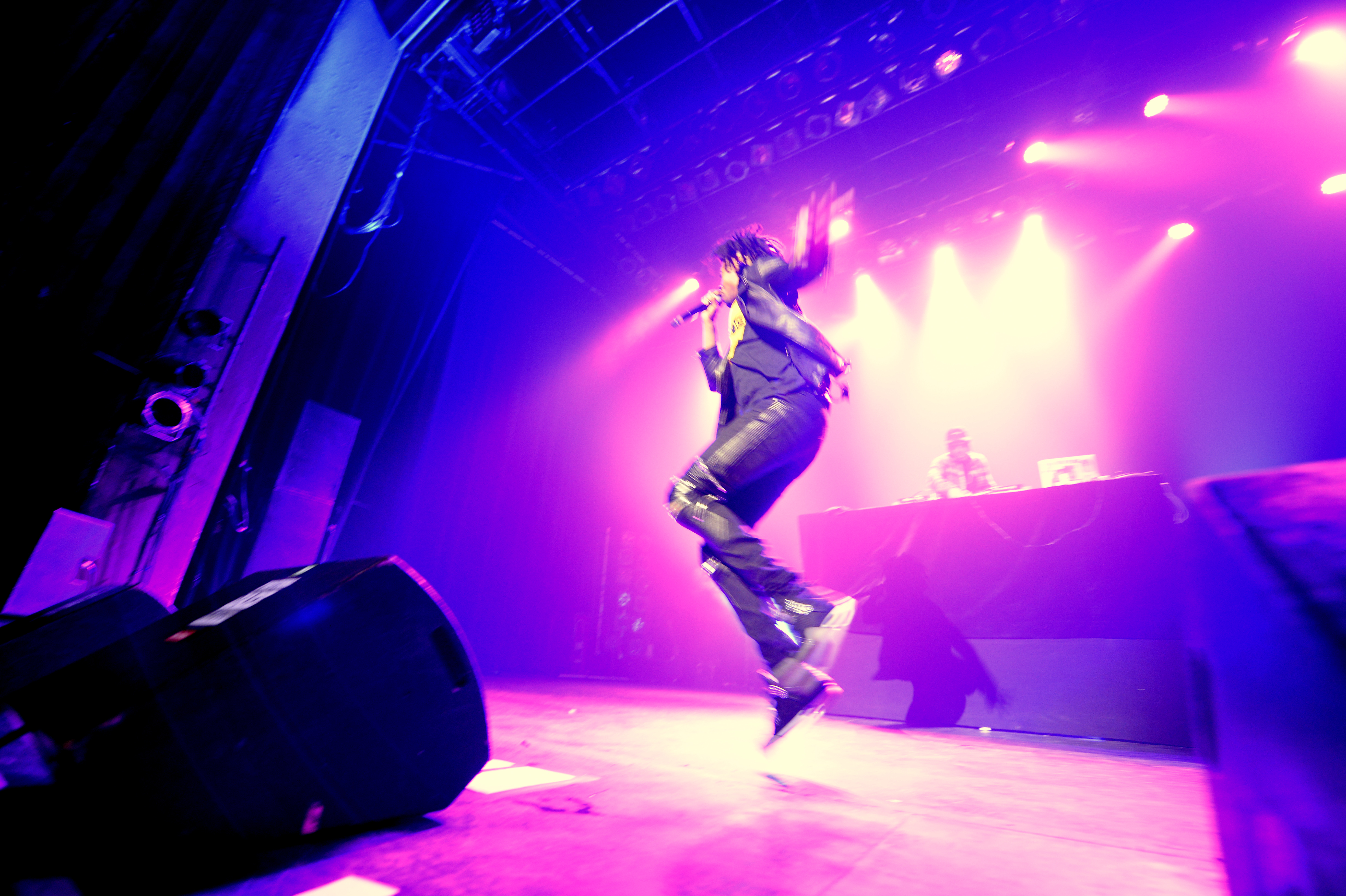 Hitting the stage after his DJ supplied beats, Danny Brown broke through the side curtains during Knife Party’s Internet friends. Clad in his classic leather jacket and a black and yellow t-shirt the 35-year-old rapper makes his way to the crowd, tongue and hand outstretched.

As if all pre-calculated Brown jumps straight into “Side B (Dope Song)” setting the tone for the rest of the hour-long set. Before long clouds of smoke begin to form. The relatively intimate crowd at this point starts sheds cries and marijuana plumes as Danny Brown reaches deep into “Smokin & Drinkin”.

The Detroit rapper has shed his jacket, and is fully immersed in his flow. Banger after banger with relatively no banter except the odd “Montreal make some noise up in this mother fuckerrr” or some improve when forgetting the words.

The set then flows into “Express Yourself”. Brown glides across the stage, arms flailing, sweat flying and a desire for a lull to pause for some hydration. Blasting through some of his latest tracks as well as some of his classics, the crowd at the Metropolis began to grow.

Before his set’s end Brown breaks into “Grown Up,” a beautiful rendition of short track. And surprisingly Brown leaves the stage a few songs later, his DJ continuing to hold his weight.

Danny Brown’s exceptional flow is unmistakable, but his lack of words during songs made the performance well rehearsed first and foremost, quickly disappearing into the darkness he first entered from.