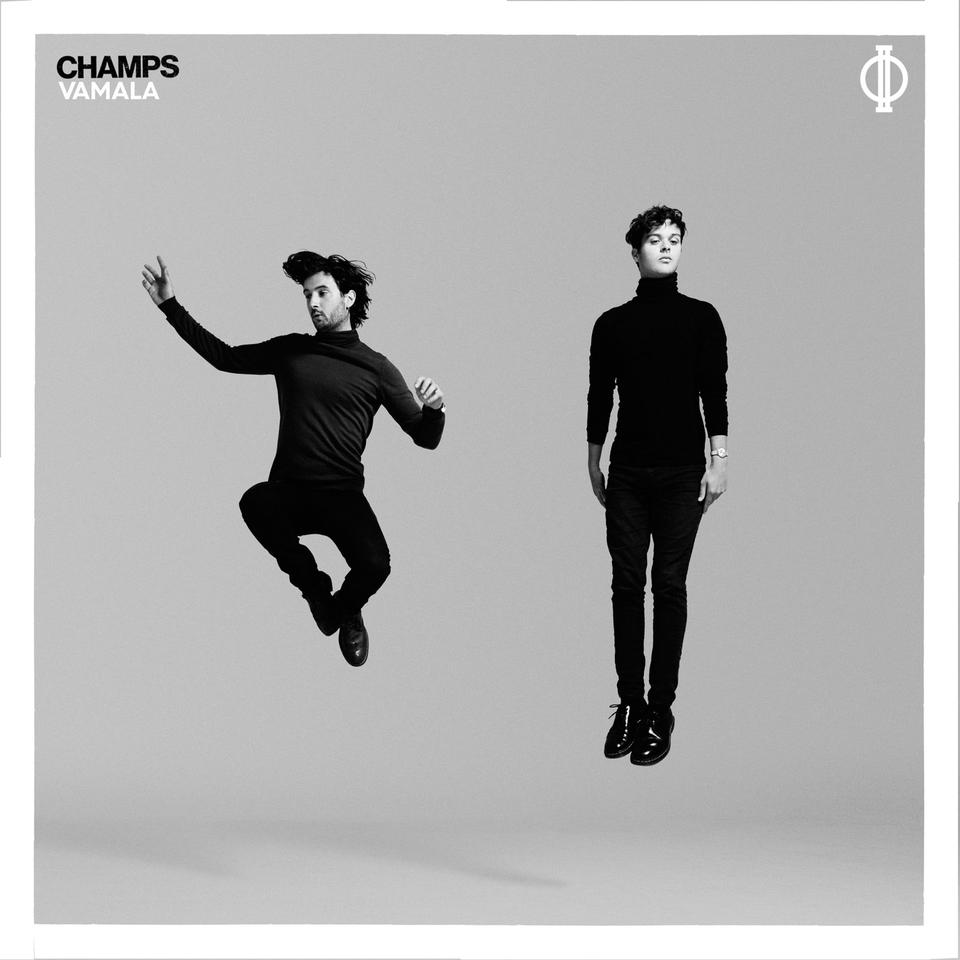 Initial confusion and excitement that the 1960s rock band The Champs, known best for their instrumental classic “Tequila”, have come back from the dead to record a new album is unfortunately unfounded. Instead of a blast from the Latin-infused past, we are instead graced with something wholly contemporary and modern in CHAMPS’ VAMALA.

The brothers behind CHAMPS, Michael and David Champion, may have set the bar a little too high in the hype category when they left their caps lock key on when writing out their new album’s title. There’s nothing quite exhilarating enough within VAMALA to justify those big block letters, as the record itself is a deceptively simple electro-pop piece with an ill-advised detour into folk wedged somewhere in the middle. Opener “Desire” and runners-up “Sophia” and “Running” set a precedent of big, dance-friendly numbers equipped with shimmering keyboards reminiscent of Wolf Parade’s Spencer Krug. The Isle of Wight duo’s gentle crooning is frustratingly routine, neither sexy enough to justify its high register nor interesting enough to capture the listener’s attention, but by this point in the record it’s pretty obvious VAMALA isn’t trying to break any molds.

Nowhere is this narrow-mindedness more apparent than between mid-album songs “Forever Be Upstanding At The Door” and “Send Me Down”, which both strip the instrumentation to bare acoustic guitars, the most occasional tambourine hit and, in the latter’s case, a piano backing and an overdose of reverb. Their inclusion whatsoever is baffling, but particularly between the big beat production of “Running” and “3000 Miles” and its sexy bass opener, it’s an almost unforgivable dead spot in the record that significantly detracts from whatever production consistency CHAMPS were going for. A similarly simplified song, “Roll Me Out”, sits much better at second-to-last on the album with a beefier vocal lead and a shorter running time.

Closer “Carnival of Light” tries to marry these two styles with a quiet harmony, soft guitar plucking and big-chord keys, but it fails to feel as grandiose and climactic as the brothers obviously intended. The massive bass notes at the half-way point never evoke the church-like ambiance the duo’s hallowed warbling is meant to accompany, and the album ends much unlike its beginning: quiet, anticlimactic and devoid of the booty-shaking promises that its opening songs kept whispering. VAMALA is more a compilation of singles than it is a legibly-compiled record, but picking and choosing from the album’s twelve tracks would net you sounds that ought to belong to several different bands. Sometimes, that breadth of sound is a compliment, but here it’s just a sign of a lack of focus.