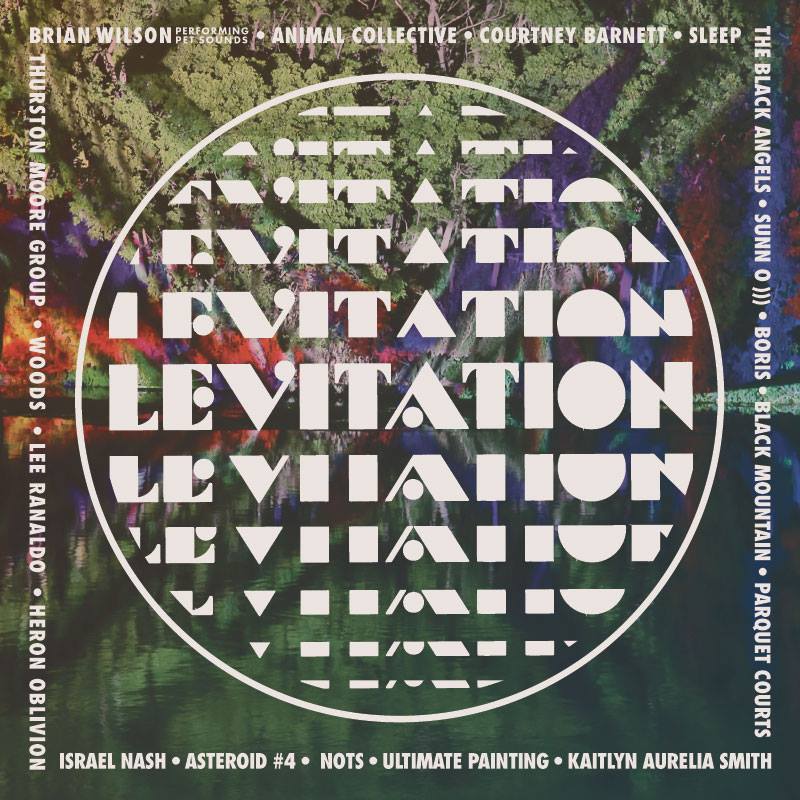 Levitation, formerly known as Austin Psych Fest, sparks up at the end of April for their 9th annual festival in Austin. The festival borrows its name as a tribute to psychedelic rock founding fathers—The 13th Floor Elevators. The band reunited and performed at the festival last year. Starting in 2013, the festival began to spread to other cities outside of Austin. There’s a Levitation in France, Chicago, and here in Vancouver. The festival is inspired by the air of 1960s counterculture, music, and art, yet takes on many forms—paying respect to the past, present, and future.

The lineup and schedule have been released, and year after year the curation of the acts becomes more and more on point. Following up the selection of artists from last year was an ambitious feat (Tame Impala, Flaming Lips, Mac Demarco), yet the people over at The Reverberation Appreciation Society (festival organizers) have easily accomplished. Headlining this year is Brian Wilson from the Beach Boys, playing Pet Sounds. Amazing. On top of that, there’s Caribou, Animal Collective, Flying Lotus, Slowdive, Melody’s Echo Chamber, Nicolas Jaar, Lee Scratch Perry, Super Furry Animals, Oneohtrix Point Never, Ty Segall, and Shabazz Palaces. This is going to be nuts.

It takes place on a ranch in Austin, but it’ll actually take place wherever your mind lets you escape to. Most festival-goers opt to camp out. The campgrounds even have their own stages, so you can still wander around the spatial atmosphere of psychedelic sound way into the wee hours of the morning if you’d like. There is an open air that takes over Levitation, and invites you to unite in appreciation and discovery of psychedelic music/visuals, to liberate yourself, and to come to new conclusions.

Here’s a playlist of some acts that I won’t be missing at the festival this year. I will be there snapping photos, turning on, tuning in, and dropping out.

This is one of my favorite instrumentals written and produced by Wilson, from Pet Sounds. The song is also Wilson’s favorite!

Fun Fact: Animal Collective recorded for their new album at EastWest Studios in Hollywood. The band used the same room that Brian Wilson had used to record Pet Sounds in 1966.

This experimental hip-hop group announced in February that they were due for a new album sometime soon. They have described it as “our relationship with devices. Not just our reliance on technological devices, but the ways they make us live and present and manipulate yourself.”

This will be my fourth time seeing Flying Lotus. Every time is a trip and a half. His Layer 3 performance technology never gets old.

Nicolas Jaar. What can I even say about him? If you don’t know him, you should.

“Heading for the Ceiling, I’m Up Off the Floor” –The 13th Floor Elevators

Story and Playlist by Eric Stevens