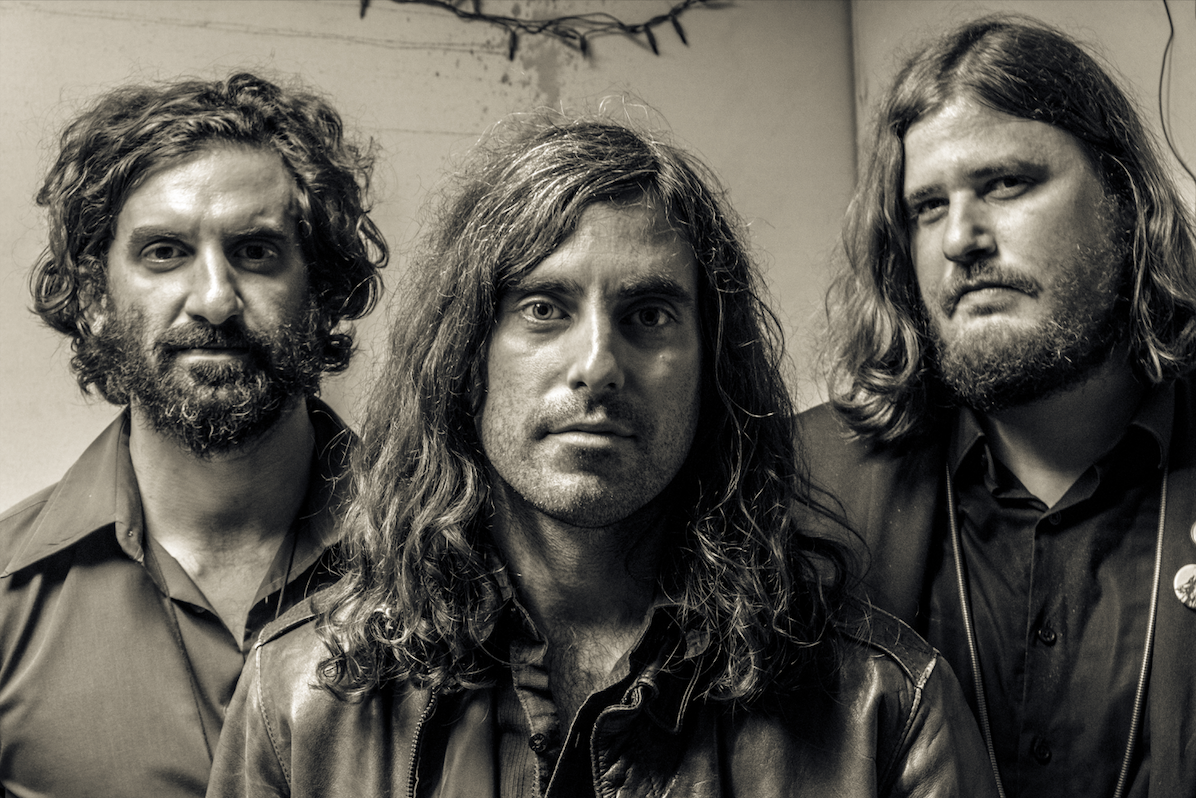 It’s been quite some time since we’ve last heard from The Men side-project Dream Police. In 2014 they released their debut LP Hypnotized, toured extensively, and ultimately, as side projects tend to work, they returned focus to their primary band. Recently the band dropped the new single “Revenge” was recorded just as the earliest Dream Police experiments were; by band member Mark Perro in a small, non-studio setting (his bedroom being the place this time around).

Guitar player & vocalist Nick Chiericozzi had this to say about the session:

“‘Revenge’ was recorded in Mark’s bedroom by the man himself. Russ Hymowitz had a repetitive, groovy bass line that he was really excited to show us. I had to get going, so I missed out hearing the idea! Mark played the drum machine alongside Russ’s bass and then he overdubbed a Wurlitzer piano and a sustaining synth organ to the original take. The keys and the bass are so locked in and I love its eerie tone.

I heard the song a few days later and didn’t have any ideas on what I could contribute. A week later, I was bored at work making the same old deliveries, when the phrase, ‘Nice Guy Maker’ kept entering my head. I wrote that down and kept driving. Then the idea of a ‘grand plan’ conceived by a sinister antagonist seemed interesting. I wrote that down and kept on driving. Pretty soon I was pulling over every two blocks, so I decided to stay put for 15 minutes and I finished the lyrics and the melody. I called up Mark and he recorded my vocals through an SM-57 later on that night.”

Dream Police’s signature use of the Roland 707 drum machine, the driving but psychedelic bass line, the droning organ, the dizzying guitar leads, and haunting vocals are all there on ‘Revenge,’ just as they always have been.