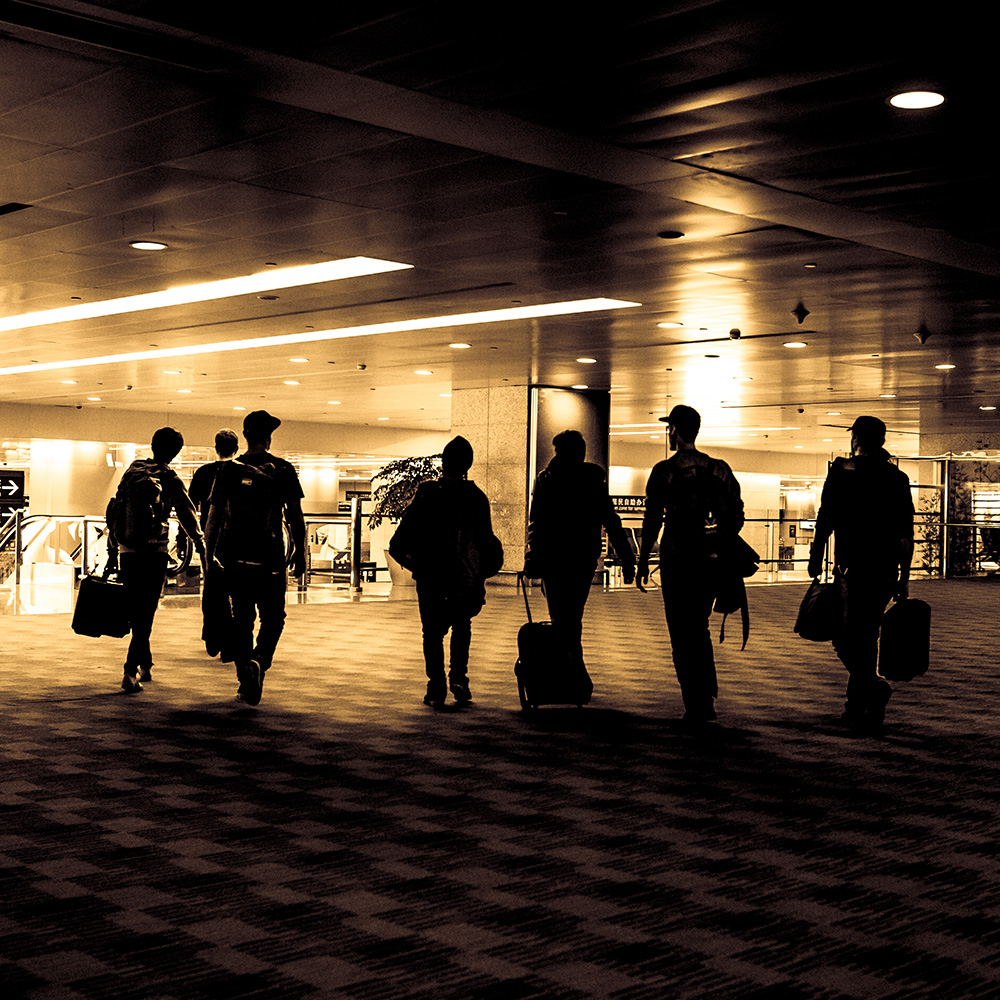 GROOMBRIDGE is a band of 5 guys. They write independent music and narrate stories which are real, intimate and hit close to real life.

“Boy from the Golden City” is their 4th studio-album and the most personal and straightforward one to date. The 5 guys from a tiny town in the middle of Switzerland are still on their mission of truly exploring their idea of ProgRock. Most of the songs on this release were written at a time when Dyle’s (vocals and guitar) both sons fell ill, with life threatening implications, and no doctor was able to offer a conclusive diagnosis or solution. This might be one reason why this album is full of raw intensity and unhinged emotions. With ruthless power GROOMBRIDGE present 11 songs that reveal what makes this band special: that understanding their music takes time. If you want to really get it, if you really want to feel it – you’ll have to really take the time to listen and unravel this world layer after layer.”

Pablo Nouvelle, on the other hand, has quite a different background. Fabio Friedli (as he’s also known) is a former architecture student turned film-maker and musician, who makes songs from a combination of new sounds and old samples. He works under the name Pablo Nouvelle, out of a love of the French cinematic nouvelle vague of the late 1950s and early 1960s. All his interests are brought to bear on the song and accompanying video to Is It OK? his first single, from earlier this year.