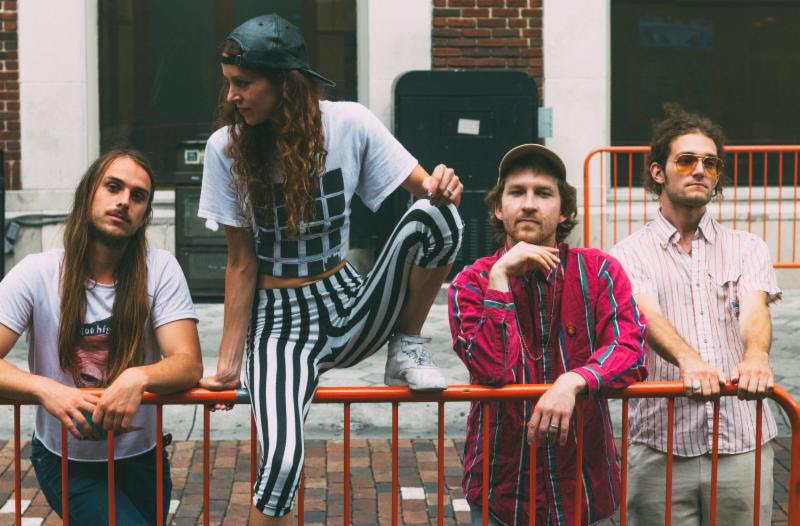 Reptaliens, are the husband-and-wife duo of Cole and Bambi Browning. Today they are sharing their new single “666Bus” today. The track finds Reptaliens pondering love and mortality, with Bambi singing, “Maybe I’ll get hit by a bus while I was dreamin’ of falling in love / Or maybe I’ll fall in love and die of a broken heart.”

The band is named for their interests in cult mentality, transhumanism, and conspiracy theories, Reptaliens quickly evolved from a bedroom-recording project to a full-fledged band that explores fringe pop culture through analog synthesizers, electric guitars, melodic bass lines, and Bambi’s lulling vocals. The pair’s songwriting mirrors their strong connection. As Cole says, “Bambi and I write all the music. Sometimes we work together to construct songs and sometimes I’ll come home from work and she’ll have a masterpiece finished and perfectly crafted. We both add to each other’s songs and none really seem completely Bambi’s or mine. We do everything together.”

Inspired by all things science fiction, writers like Philip K. Dick and Haruki Murakami, and music ranging from Paul McCartney/Wings to African artists Francis Bebey and Julee Cruise, the band creates psychedelic, chameleonic dreamscapes that fall sonically and visually somewhere between abstract expressionism and surrealism. These ideas and influences all coalesce on FM-2030 – named after the renowned transhumanist writer and philosopher – the band’s debut album on Captured Tracks. Full of dreamy melodies and catchy hooks, tracks like “If You Want” and “29 Palms” are wistful love songs straight from the heart. But the feel-good vibe often belies something a bit more sinister, like on “666 Bus” where Bambi coos: “Maybe I’ll get hit by a bus while I was dreamin’ of falling in love / Or maybe I’ll fall in love and die of a broken heart.”

Thematically based around obsession, Bambi says she “gravitates toward other people’s obsessions and draws inspiration from them. I like to think of method acting and personify myself as the obsessor, writing from their perspective. I love pretending and creating around these personalities.” This play-acting on record translates to the band’s sincere and theatrical live performances that involve homemade costumes and on-stage guest appearances from a giant reptile-man.