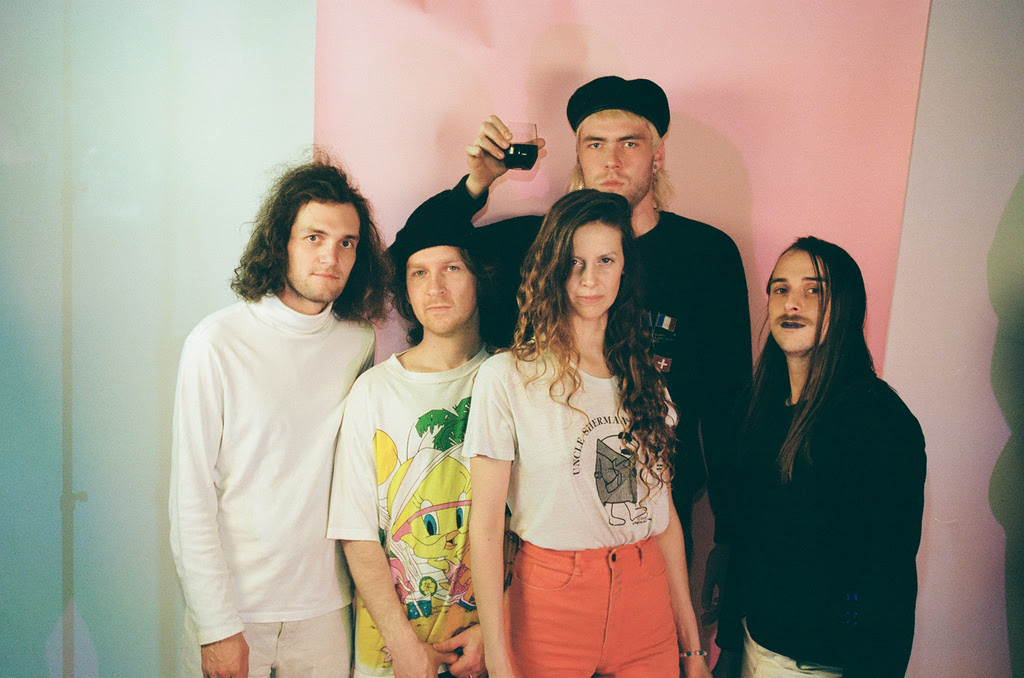 Captured Tracks’ Reptaliens have compiled a video of tour footage to accompany the second single, “Venetian Blinds,” off their forthcoming release VALIS, out April 26 on Captured Tracks. Recorded on the road during this year, the video is an earnest representation of the band’s personality and chemistry, a collection of scenes that contradicts the reclusive lyrical themes found in “Venetian Blinds.” This release lands between the first leg of the band’s tour – which included a run of shows at SXSW and their first Treefort Fest appearance – and their upcoming North American tour with Turnover and Turnstile.

“Lyrically, ‘Venetian Blinds’ touches on a lot of themes of isolation and personal space. Turning off her phone and sleeping for days, and even the title alludes to the metaphor of closing the blinds to the world. However, for the video we went a completely different direction and chose to compile a bunch of tour footage we have collected over the last few weeks. On the road, we are never alone and all conversations, actions, and decisions exist only within the social unit. The two situations, isolation vs the permanent group mentality, cohesively exist within the world of the touring musician. We are always together but only in our own world. Best friends but strangers in strange lands. Wholly linked yet separated from the rest.”

* with Turnstile and Turnover