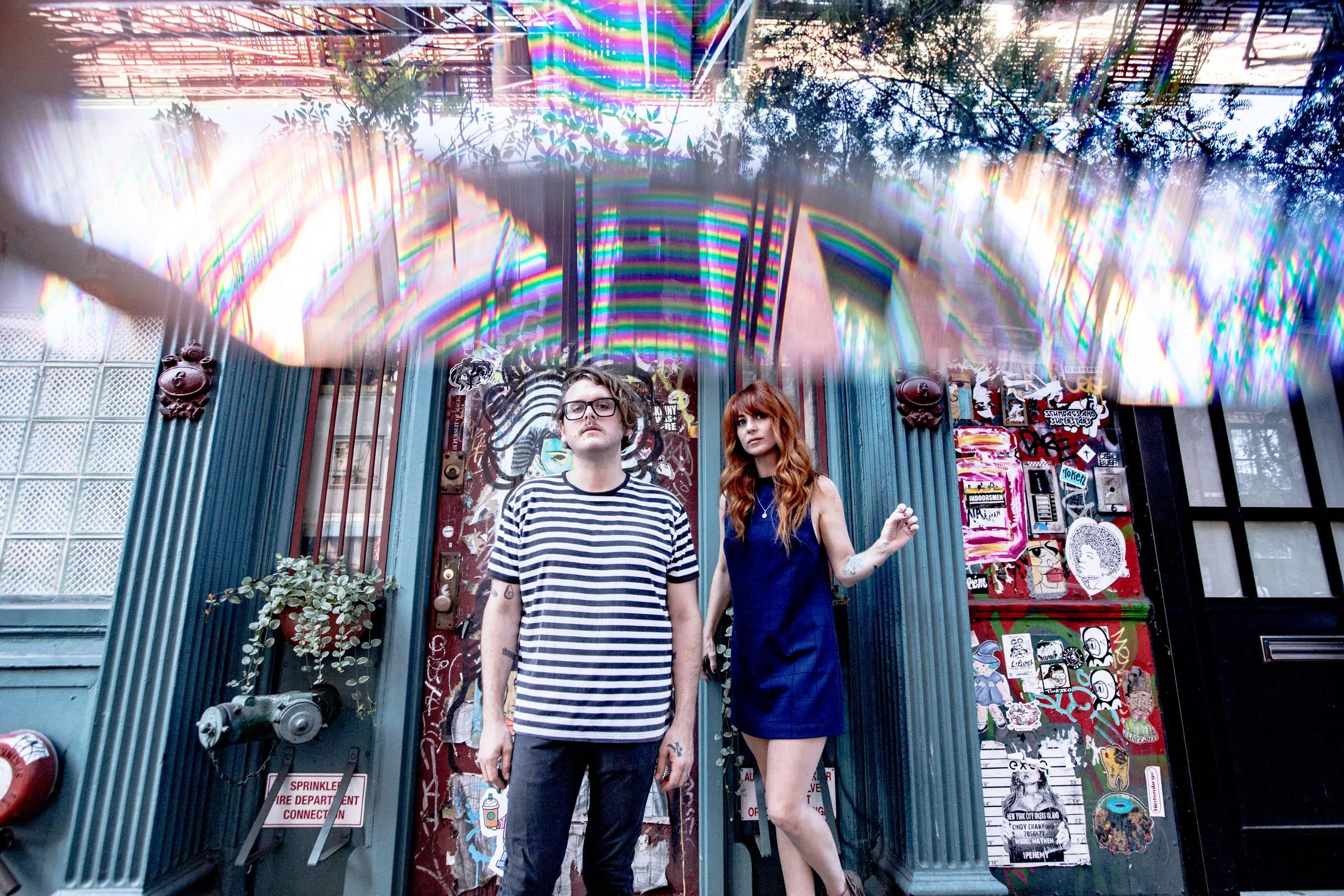 Hitting the ground running has been *Repeat Repeat’s bread and butter. Ever since they launched their band with an album and a single, *Repeat Repeat has made a point of working hard for everything in their career. From keeping close connections with fans to always pushing themselves to the next level, they even self-funded their recent record Floral Canyon to make sure it wasn’t compromised. After he shook off some Daylight Savings grogginess, Jared Corder talked with us about waiting for the right label, how is wife joined the band by accident and why they’ve embraced their fans.

Northern Transmissions: How exactly did you all start playing together, and how did Kristyn join the band by accident?

Jared Corder: I was a classically trained musician in guitar from Arizona State, and I did that to get a degree even though I knew I didn’t want to play classical music. I moved to Nashville and started a band for a while, it fell through and I wanted to start a band with more of an idea of success to it. So many bands just don’t think of the long-term or the end-goal, so I started *Repeat Repeat with that in mind, like this is what I want to do for my whole life. Andy (drums) and I were both working at a record store in Nashville, and we’d been working on some songs. We knew we needed a female singer and we wanted a three-piece, but we didn’t want the stereotype of a woman bass player who doesn’t sing. We wanted someone who could compliment my voice, but we didn’t want a male or female-fronted band. We wanted our personalities to be equal up front. We auditioned some people and things hadn’t worked out, Kristyn new all the songs because she’d sat in on all the practices. She was on the demos we sent in to our producer Gregory, and he said “This is your person, you’ve found your singer.” We were never against the idea, but she wasn’t setting out to be a musician. We always imagined travelling together with the music anyways so it worked perfectly. We compare it to the McGriddle because you don’t think of breakfast sandwiches and pancakes going well together but then you realize it’s perfect and you should’ve done it earlier.

NT: What inspired you to start your podcast and what has it offered you guys in your down time?

JC: We weren’t signed yet, so we were totally independent at the time and just wanted to find some ways to set out band apart. We had heard some podcasts interviewing artists and we dug it, but there weren’t any bands at our level. There were huge bands doing successful podcasts interviewing other big bands but there wasn’t any at our level at the time, or interviewing bands on the way up. So we decided to press record and see what happened, and it started to workout. Just like with anything, the it’s starting to evolve. We took the winter off with the podcast, and we’re retooling it to launch this summer.

NT: Why did you decide to self-fund Floral Canyon?

JC: We felt like self-funding the record gave us leverage to do the record how we wanted. We were still a baby band at the time, and we had these songs that we thought had a lot of potential. We also felt like that way the universe would show us this is what we wanted to do with our lives, just putting all of our sweat and equity into the project. We knew we wanted to make a big studio record, so we flew our producer out from New York and rented a studio for a couple weeks. It was definitely an intense process but it made us that much more proud of it. We really appreciated the value of the process because we’d spent all that time.

NT: While so many bands start playing live as soon as they can, what led you to take a year to just practice and get your band set up with songs and a website?

JC: It’s really just like dressing for the job you want. We wanted to look and sound as successful as possible without creating a facade. Part of it was setting goals for ourselves, like making it something successful, not just for fun, we want this to be our lives. Kristyn’s really good at seeing and hearing things, and attaching that with imagery. So Kristyn was integral in creating the sound and feel of the band outside of the songs themselves. We spent a year writing our first record and worked on our website, look and other things like that. We also go a radio station in Nashville to play our single on a certain day, and we made that the day we announced our band. We had this polished package and came out saying “Hey were here, you can hear our singles on the radio.” It was better than starting at the bottom and working up from there. There’s also just an element of touring and playing around for a number of years that you can’t have until you’ve done it. We knew we’d evolve like that but we wanted to come out as professional as possible.

NT: What’s led you to keep your promotion so personal over the years, even sending extra music to people that have purchased your music through Bandcamp, while still being able to live your lives?

JC: We try to be mindful of that and we hope that our fans understand that, which they seem to. There’s our band life and our personal life, which we’re trying to keep separate when we can. But it’s important to us to recognize the success we have in our music isn’t nothing. We don’t come from some lineage of musicians, I didn’t know anything about the industry other than playing music my whole life. I’m constantly reminded that this is something we created out of thin air and worked really really hard at. It makes us that much more thankful for every single fan we get. In Nashville you’re surrounded by competition and also tons of artists who are just so much better than you too, so having people fly out to see us is humbling. We want to create an experience where every fan knows how grateful we are that they spent time on us and their hard earned money. After people spend all that effort, I’d feel awful to give them a half-assed show, and just as much a half-assed experience overall. Because we have that relationship with our fans, when we’re home hanging out with our pets locked away, our fans are receptive to that.